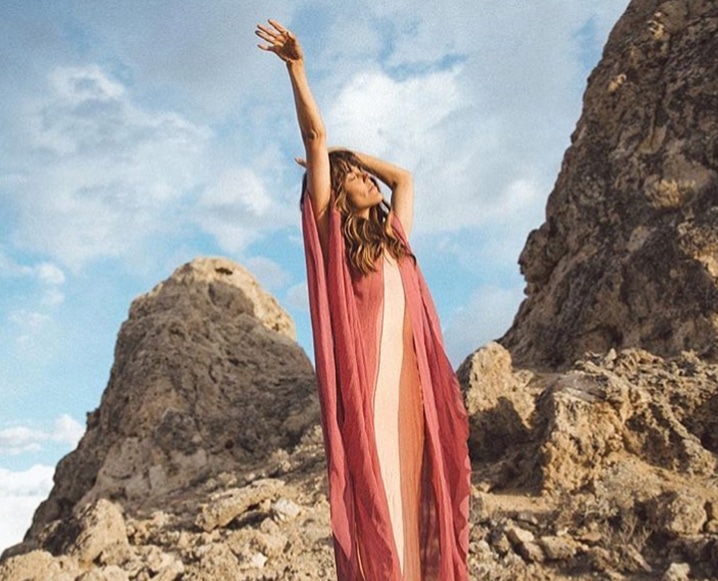 In the words of T Swift, “haters gonna hate, hate, hate” but we think mercury retrograde deserves a chance to shake it off and start over. Famously feared for technological disasters, communication blunders and general life-madness, Mercury retrograde can also be a beautiful opportunity to switch gears and grow.

Mercury goes retrograde three times this year, and we plan on taking a more positive approach: Feng Shui expert, Dana Claudet, is breaking it down and sharing a few practical tips to make this upcoming merc retro more, er, palatable…

What is Mercury Retrograde?

Mercury retrograde is the term given to the three times a year that the Earth, in its orbit, passes by the slower moving planet Mercury. As this happens, Mercury seems to be moving backward in its orbit. The same happens when the Earth passes Venus, Saturn, Jupiter, Pluto, Mars, Neptune and Uranus – they appear to move backward, “in retrograde.”

Its reputation: It’s no secret that Mercury retrograde has a life-scrambling reputation! In astrology, it’s the planet that rules communication and transportation among other important things. Modern-day astrological interpretations of Mercury retrograde include tech problems like computer crashes, flights being cancelled and being advised to avoid signing contracts or starting new things, at all costs.

But we’re talking about more than two months out of every a year, and I don’t feel that anyone should be in fear or anticipating the worst for even a day — and two-plus months is extreme, you know? Awesome astrologers like the Astro Twins point out often that there’s almost always some sort of major planetary retrograde happening that affects us… and there’s no reason to focus on the negative.

Merc Retro’s deeper meaning: Communication and transportation – how we move through our days and connect to our lives – are in the spotlight. If these things are symbolically slowing down, maybe that’s the big lesson? Slowing down. Preparing more. Connecting more. In all the rushing we tend to do, big details get glossed over sometimes but when we slow down they can come to light. Also, the maintenance that hasn’t happened (…like backing up the computer, or taking your car in for maintenance, or reading the contract clearly) can also become clear.

Anticipating things going wrong each Mercury retrograde seemed to bring terrible things to my own life (it’s even been proven in many scientific studies that we get more of what we expect!), so when I shifted to seeing Mercury retrograde as an extra-special time to get more grounded, mindful and organized, these months every year turned from anxiety-inducing to an opportunity to upgrade life.

How to redeem the retrograde for yourself: Just that – redeem it! Decide it’s going to be amazing, avoid reading doom-saying posts (!) and instead of looking at obstacles that pop up as a cosmic curse, perhaps you can see them as an opportunity to upgrade, rest and reset yourself?!

Conceptually, think of it this way: In feng shui, when you clear lots of clutter you tend to see a wave of chaos — like the giant mess when you pull everything out of a closet before it’s reorganized. Slowing down can show you some clutter you may not have seen before, and these big cosmic slow-downs are an opportunity to clear it all and connect much deeper to life in ways that are meaningful. You won’t just have a clear closet if you embrace more life de-cluttering, you’ll make more room for new opportunities, a clear mind, more wellness and lots of creative genius. So if things get stirred up, it can be a chance to make life even better!

Practically, a few things you can do are:

clear your clutter Let go of stuff at home and in the office that’s overstayed its welcome, along with the emails, the social media overwhelm… everything! You’ll make space for the new to arrive. Organize your calendar and, while you’re at it, schedule some time off for yourself if you can.

Experiment with space clearing Open windows for fresh air. Burn some sage or palo santo or diffuse some essential oils. Space clearing clears the air of negativity and stagnation. It’s clutter-clearing for your home’s energy, and it’s great to do anytime you need a fresh start.

Rest Sleep much more, long enough to wake up without an alarm if you can. Shut down the phone an hour or two before bed. Take more breaks and naps. If you’ve never explored the Hygge philosophy of cozy living, now’s a good time to do some comfy-making — get more plush rugs or throw blankets, make lots of herbal tea, light candles and enjoy the bliss of it all.

Finish things Unfinished projects are a sneaky form of clutter that can weigh us down, and finishing even one unfinished project at home or at work can be life-lightening.

Start envisioning and planning When you’re well rested, clear minded and surrounded by clear space, you’ll likely have amazing ideas. Make yourself a vision board, a secret inspiration board on Pinterest, or start writing out exciting plans for brilliant things ahead.

The best part about Mercury retrograde is that if you slow down and flow with things, you might just find yourself feeling, looking and thinking better than ever… and when it’s over, you might be waiting for the next one!

This story originally ran in 2017, but it’s so useful, we had to bring it back.