The Paleo vs Keto Diets: Here's How Not To Get Confused 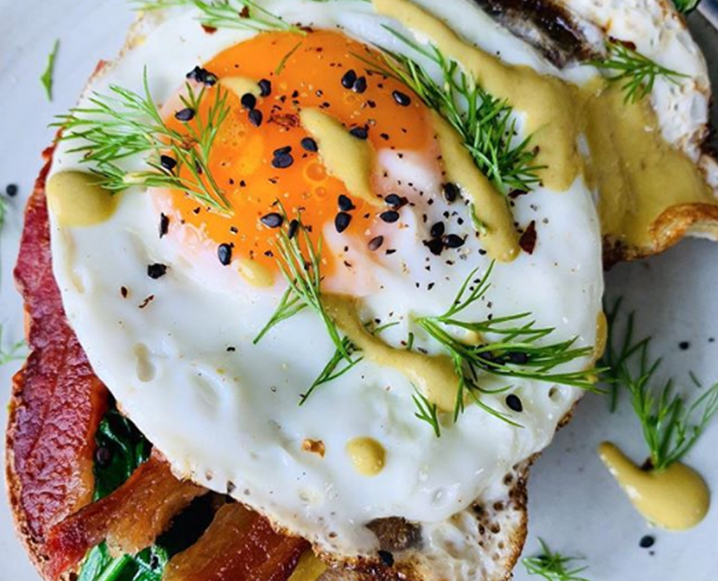 hungry for drama? Just bring up the topic of Paleo vs keto with a bunch of wellness friends and let the debate unfold. These two popular (and allegedly life-changing) diets have taken over in the past few years. Both boast major benefits and a highly intentional approach to whole food nutrition, but which one best suits you?

Functional medicine expert, Dr. Josh Axe, is an expert on both the Paleo and keto diets. We’re diving deep on the essential components of each diet with Dr. Axe below. Here’s everything you need to know about both diets and the differences between them.

The Paleo DietThe Paleo diet is essentially a way of eating that seeks to ditch modern convenience/processed foods in favor of natural, nutrient-dense foods that were eaten by our hunter-gatherer ancestors. What we call the “Paleo diet” today first originated in 1975 when gastroenterologist Walter Voegtlin wrote about the benefits of eating like our paleolithic ancestors in his book The Stone Age Diet. Dr. Loren Cordain, who is most often credited with founding the modern Paleo movement, went on to make the diet famous when he wrote The Paleo Diet in 2002. The Paleo diet continues to be one of the most popular eating plans year and year, with a huge community of people standing behind the Paleo lifestyle.

What Foods Are Avoided in The Paleo Diet? All cereal grains (even whole grains) and products made with grain flours, legumes (including beans and peanuts), dairy, refined sugar, refined vegetable oils, processed/junk food, sugar-sweetened beverages,white potatoes (depending on the person)

Is Paleo low-carb? Generally, yes — especially compared to “typical Western diets.” Because the Paleo diet eliminates many processed foods made with added sugar, grains and dairy, this means that a lot of high-carb foods are off the table. However, the Paleo diet isn’t as low carb as the keto diet because it still includes fruit, starchy vegetables like potatoes and beets, and in moderation, natural sweeteners like honey or maple syrup.

What types of benefits does the Paleo diet offer? The Paleo diet has been associated with a number of health perks, including: reduced cardiovascular disease risk factors, better blood sugar management, reduced insulin resistance and protection against metabolic syndrome, reduced inflammation, help with weight loss (both because it cuts out many empty calories from the diet and also because it’s high in protein and fat which increase satiety/fullness), improved blood pressure, and lower risk for nutrient deficiencies since the diet emphasizes nutrient-rich foods including quality meats, nuts, fruits and vegetables.

The Keto DietThe keto diet might seem like a recent fad, but it’s actually been used by doctors as a medical treatment for conditions like epilepsy since the 1920s. The keto diet (ketogenic diet) is a very high-fat, very low-carb diet that’s unique among other low-carb diets because it puts your body into the metabolic state called nutritional ketosis. While in ketosis, your body creates compounds called ketones and burns fat, both your own body fat and fat from your diet, for energy rather than glucose. In order to get into ketosis and stay there, you need to strictly and drastically reduce your carbohydrate intake, emphasizing healthy fats, some protein, and low-carb veggies instead.

What benefits does the ketogenic diet have to offer? The benefits of keto include: help with weight loss/fat loss, often in a relatively short period of time, protection against common diseases, including obesity, insulin resistance/type 2 diabetes, and neurological diseases such as Alzheimer’s or dementia, increased energy and mental clarity, leading to less “brain fog,” reduced inflammation, including of your joints, brain and heart, enhanced protection of the brain against degeneration and cognitive decline, reduced hunger and cravings, thanks to the natural hunger-curbing effects of ketones.

What foods are included in the keto diet? Grass-fed beef and other meats, seafood, poultry, full-fat, low-carb dairy products like cheeses, butter, cream, all non-starchy vegetables, eggs, nuts and seeds (up to 1/4 cup per day), unrefined oils, such as olive, coconut, flaxseed, walnut and avocado oil. Explore in-depth here.

What Foods Are Avoided in The Keto Diet? All types of sugar (natural or refined), all cereal grains (even whole grains) and products made with grain flours, fruit (some choose to include about 1/4 cup of berries per day at most), legumes (including beans and peanuts), sweetened, low-fat dairy (like most yogurts and all ice cream), processed/junk foods, usually including those made with refined vegetable oils, sugar-sweetened beverages, starchy vegetables, like all potatoes, corn, etc.

Is Whole30 keto? In many ways, Whole30 is similar to the keto diet because it cuts out sugar and processed grain foods while emphasizing produce, protein and healthy fats. But like the Paleo diet, the point of Whole30 is not to get into ketosis. Whole30 is still a low-carb diet (actually it’s not meant to be a “diet” like we usually think of diets, but rather a “short-term nutrition reset” as Women’s Health describes it) but it isn’t as low-carb at the keto diet.

What Paleo + Keto Have In CommonBoth Paleo and keto are overall low-carb, low-sugar diets that tend to be nutrient-dense. Because both eliminate the majority of sources of “empty calories” in the typical Western diet, they can lead to weight loss, better blood sugar management and much more.

Can you do Paleo on keto? It’s definitely possible to do a combination keto/Paleo diet. That’s because you eat mostly Paleo-approved foods (like meat, fish, vegetables, quality oils, nuts and seeds) on the keto diet anyway.

What would a “Paleo keto diet” look like? Here’s a keto Paleo food list that includes food groups that are acceptable on both diets: oils including coconut, olive, palm, avocado, hemp and flax oil, grass-fed meat and pasture raised poultry, pastured eggs, all types of wild-caught fish, all types of nuts/nut butters and seeds (some choose to avoid peanuts that are technically legumes, while some include peanuts and treat them more like nuts), all non starchy vegetables, and avocados.

To combine Paleo and keto, you essentially need to:
+ Keep carbohydrate intake to 20–30 net grams per day.
+ Avoid all types of added sugar, all grains, all dairy products (including cheese, even if it’s low carb), all legumes/beans, all fruit (you may be able to have small amounts of low-sugar berries) and nearly all processed foods.
+ Get 75 percent or more of your daily calories from fat, which means monitoring your protein intake and keeping it “moderate.”Paleo vs. Keto: The DifferencesThe major differences between the Paleo diet and keto diet are that:

Meat Matters. One concern about the paleo diet is that it puts a heavy emphasis on meat products, which means it’s not a good choice for mostly plant-based eaters, vegetarians or vegans. While meat in moderation is perfectly healthy, excessive meat consumption may not be. For example, certain studies show a high intake of processed meat and red meat has been linked to an increased risk of mortality and colorectal cancer.

Carb Conscious. The keto diet is very specific about the amount of carbs that should be consumed each day (about 20–30 grams of net carbs daily), since this is important for getting into nutritional ketosis.

It’s unlikely. The keto diet seems to be more effective in terms of promoting fat and weight loss, since ketosis causes fat to be used for energy. That being said, the Paleo diet can also lead to weight loss since it cuts out processed foods and empty calories, while increasing intake of both protein and fat that are satiating.

Which Is Better At Fighting Inflammation?

Both diets can have anti-inflammatory effects. The Paleo diet is popular among people with autoimmune conditions because it eliminates many common allergens, such as dairy and gluten. Ketones (produced during ketosis) also have anti-inflammatory effects, which is why the keto diet has been associated with protection against chronic diseases like Alzheimer’s, diabetes and even cancer.

Is Keto or Paleo Better for Athletes?In terms of keto vs Paleo for bodybuilding (or building muscle), both diets can work to help enhance athletic performance, to promote growth of lean muscle mass (or at least prevent muscle wasting) and to accelerate fat loss. It’s a common misconception that you can’t build muscle on keto; a number of studies have found that ketosis has not only fat-burning abilities, but the tendency to preserve lean muscle mass even during weight loss. With some resistance-training, it’s definitely possible to stay muscular, lean and fit while on either the Paleo or keto diet.

Athletes may prefer the Paleo diet because it’s a bit higher in carbs that can fuel workouts and help with muscle recovery, but on the other hand, once someone is “fat adapted” (or keto-adapated), they tend to experience increased endurance and power output.

Which diet works better? That depends on you! When it comes to the Paleo diet vs keto diet, here’s the bottom line: Both are healthy diets that have loads of benefits, including for weight loss/maintenance, metabolic health, immunity and more.

There isn’t a clear “winner” in terms of keto vs Paleo, although you’re likely to experience faster weight loss results from being in ketosis. However, long term, the Paleo diet is a solid, sustainable way to eat — especially after ending the keto diet or if you find keto to be too difficult or restrictive.