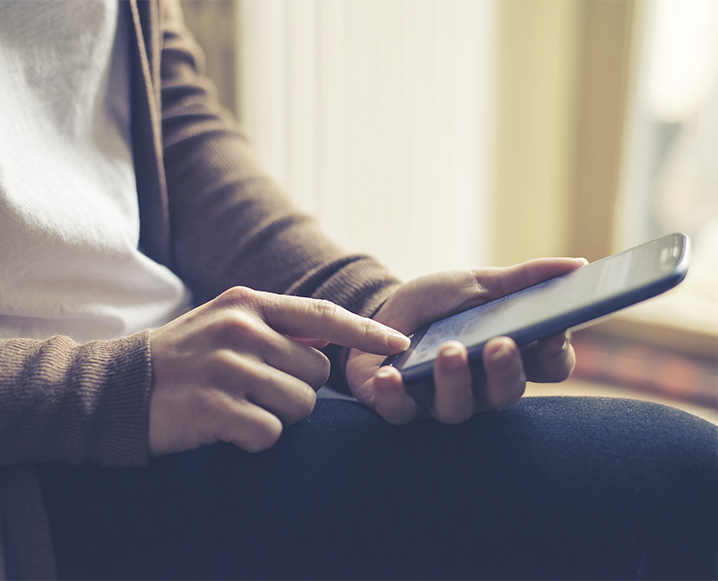 Navigating a relationship with your ex can be complicated. Should you keep in touch? Grab a coffee? Everyone’s been there, and everyone has an opinion – because every relationship is different. Relationship and sex expert Ellie Burrows breaks down relationship advice on when it’s okay to see an ex…and when you should keep your distance.

We’re definitely not cats, but curiosity can often kill us when it comes to exes.

And not to harp on our feline friends (although the truth is, I’m more of a dog person), I can skin this theory a million ways.

When we’re in relationships, there are two obvious ways curiosity presents itself. In both cases it’s about dealing with the unknown, which can be both exciting and scary. And generally there are two major motivators behind it.

One type of curiosity comes from love, that desire to explore and connect with your partner. The other type comes from fear, and it usually involves something like looking at your partner’s phone without asking.

But once a relationship has ended, some time passes and something once familiar is now strange. Curiosity remerges and it’s an entirely different cat altogether. It’s curiosity for the sake of curiosity, and it’s this kind of kitty that can lead us astray.

Clients and friends ask me all the time how I feel about past loves being a part of the present. Should I meet him for a drink? Should I respond to her email? Should I still be sleeping with him? No two relationships are alike, so I ultimately try to figure out if such interactions will ultimately serve his or her higher good. But when it serves nothing, well, that’s something.

Before we go any further, I am not talking about baby mamas and daddies; this is not about exes that you created life, i.e. children, with. This distinction is very important. That’s another brand of complicated, one that is exempt from our discussion today. But I am talking about a bona-fide ex, the kind that doesn’t end up as your friend.

If you’re reading this and you’ve been in a relationship that didn’t work out (and didn’t involve kids) then I’m going to assume you’re familiar with the practice of getting together with an ex. You might have even done this a few times; I know I have. Since the days and weeks following a break up feel pretty raw and are arguably a part of the break up itself, I’m going to turn our attention to the months, years, and maybe even decades after a split.

Here’s the story: After some period of time you decide to see an ex. (This week we don’t need fake names and aliases. We’ve all been there.)

We all have our reasons, née excuses. Maybe you’re passing through town. Maybe you’re taking inventory, want to make some kind of amends, or are blatantly looking to rehash. Maybe it’s been two decades and you’re meeting an “old friend” for a drink for “old times’ sake.”

If we boil these scenarios down, there’s a common denominator: curiosity. Whether we’re blind to it or not, it is my least favorite reason to see an ex – especially if you’re in a committed relationship with someone else.

The moment you sit down with a human that you have had an intimate heart connection with, that heart connection comes up and out. Guaranteed. Fire is the element of the heart (see: “old flame”). And the heart fire is a wildfire, the kind that is designed to spread uncontrollably. Ever tried seeing an old lover and not talking about your old love? Yeah, good luck with that. Virtually impossible.

So what kind of stuff is bound to come up?

A dig: “Remember you said we would be together forever. You’re a terrible fortune teller.”

A show of gratitude: “Thank you for being by my side when I lost my father. The love you gave me was the only thing that brought me light in all that darkness.”

A joke filled with innuendo: “That dress fits you perfectly, it’s helping me remember everything beneath it.”

A value judgment: “She’s different than you. She doesn’t have your spicy personality. It’s more relaxing and grounding. I think that’s better for me. It was too volatile when we were together.”

And my favorite, the last ditch effort: “I know now that you’re my person.”

Naturally, there’s a universe of niceties, pleasantries, insults and satire at your disposal, too.

When I think about getting together with an ex, it feels like stirring a life-sized pot with an oversized spoon. It’s a sensitive subject, and so I encourage people to use caution when approaching the cauldron. It might bubble over and seep into other aspects of their lives, from distracting them at work, to messing with the energy between their beloveds and them.

So I am going to take this cat and all its curiosity to the vet:

First, “what is the point of the interaction?” slash “what are your intentions?”

Intention is a buzzword for a reason. It’s also a measuring stick to make sure you’re aligned with the action you’re about to take. If you have no idea why you’re doing something, that’s likely to result in an exercise in futility. It might take you five-plus reasons to get to the bottom of it, but if I can boil your answer down to it’s most basic principle and what remains is sheer curiosity, then I’d like you to consider that perhaps that is not reason enough.

Our brains love SCARF: status, certainty, autonomy, relatedness, and fairness. And, certainty – well that’s a really hard thing to come by. It’s kind of the biggest bitch of all. Curiosity exists because the unknown exists. That which is certain or known is the opposite of that which is unknown. We are wired to want to know what we don’t know. And yes, knowledge is powerful, but it loses its value if it’s of no use. Then it’s just irrelevant.

And sure, you can tell me you have “unfinished business.” I get it. But unfinished business is really the business of seeking out answers in perpetuity until you have a handle on the unknown, which you might actually never get a handle on. This brings me to the topic of surrender, but that’s a separate article entirely.

Back to the topic at hand.

The next question you might want to ask yourself is, “how does this serve me?” Forgive me, but I must state the obvious. If it will hold you back from evolving and growing, best not to proceed. If you think you can grow from it and it’s for your higher good, get after it. See the ex. Do your thing.

But, if it neither hurts nor harms you then you’re doing it for sport. We all know time is precious, and frankly that just sounds like a blatant waste of it. Perhaps you can spend that resource more wisely on family and friends.

As a personal principle, I’m pretty boundaried around my exes. And I mean actually principled. I’m a firm believer that the Archimedes Principle holds true in both physics and relationships: any object, wholly or partially immersed in a fluid, is buoyed up by a force equal to the weight of the fluid displaced by the object. Think of your ex as the object and your heart space as the fluid.

Of course, old flames will always have their space in my heart; it’s an infinite place. But I’m always careful about how much space that actually is, mostly because I want to be totally aware of what could potentially be displaced. Even though the heart can feel like it has lived nine lives, I like to try to remind myself that it’s actually living one.