NYC Bite of the Month: Is Sushi Zo The Best Sushi In The City? 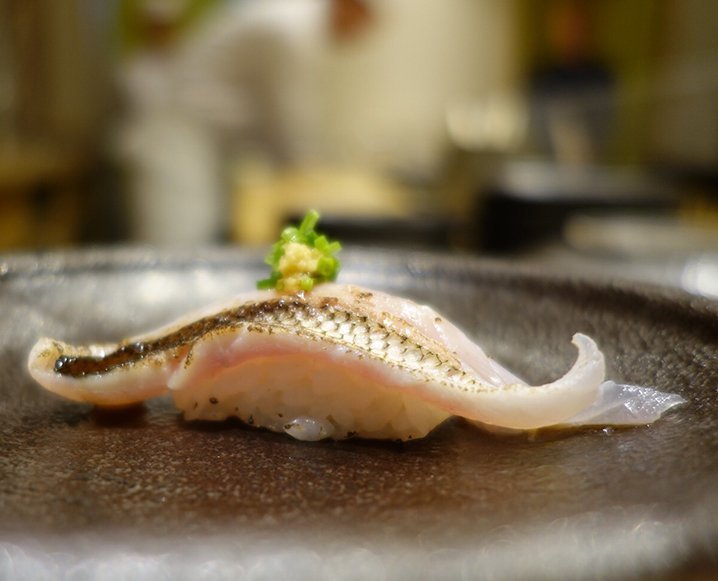 One of our favorite L.A. sushi spots has gone bicoastal! Sushi Zo recently opened an intimate 12-seat restaurant in the heart of the West Village and we’ve put our trust in Eater Drinks editor, Kat Odell to order up their amazing omakase and give us all the deets. While their $300 a head tabs may be hard to swallow, their sushi is some of the freshest that can be found outside the Tokyo fish market!

I lived in Los Angeles for many years before relocating home to New York in 2014. A decade ago, at a restaurant in West Hollywood called Sushi Park, an ex-boyfriend introduced me to the experience of pristine fish served in the form of omakase and, back then, little did I know that my palate would forever be changed. From that first night of excellent nigiri, I quickly became obsessed with sushi, impatient to dine at every respectable bar in town. Without a doubt Los Angeles offers the best (and most affordable) sushi in the country, and when I say “best” I mean the closest to what one finds in Tokyo.

Over the years I tried LA’s fancy spots, and the ones with barely an aesthetic consideration and – apart from Sushi Park, which will always have a special place in my heart – a place in Palms (West LA) called Sushi Zo became a fast favorite. About two years ago Zo expanded to downtown LA, and just over a week ago, Zo hit New York. And right now, Zo is serving true LA-grade sushi, what I would argue is the best in New York at this moment.

Why You Need It:

It’s no secret that I am obsessed with sushi. Sometimes I write about it on Eater, and I host a sushi series dedicated to masters of the craft. So when I heard that my hometown hero Sushi Zo had popped up at 12-seat bar in Greenwich Village, I had to go. And you should too. Without a doubt, this is the best, most ethereal, glossy fish I’ve had in New York, and dining at Zo reminds me so much of the excellent fish served in LA.  Sure you’ll get hokkaido uni, but many of the nigiri pieces I had here I’ve not tried elsewhere in the city. Heads up though, this place is priced to kill. My dinner, which included two glasses of sake, came to over $300 a head. But on the bright side, it’s still cheaper than Masa!

Share the post "NYC Bite of the Month: Is Sushi Zo The Best Sushi In The City?"