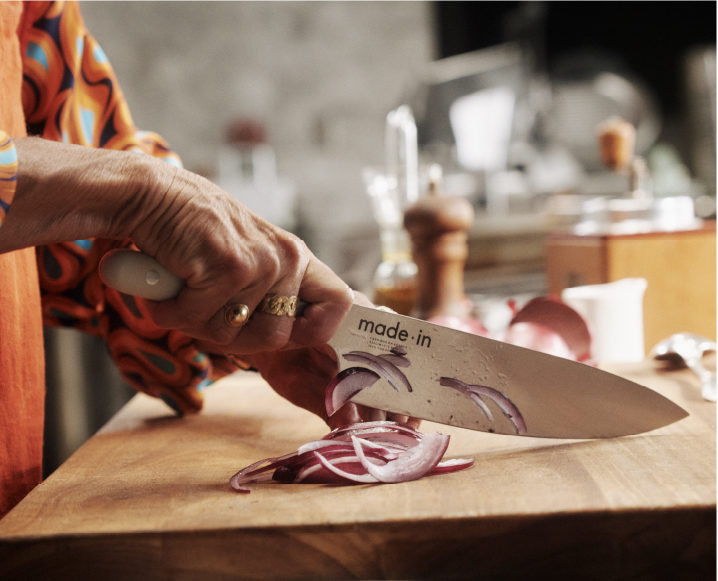 LA.chef and restaurateur, Nancy Silverton is as beloved as the artisanal bread and pizza she’s helped make famous. First, with the La Brea Bakery which she founded and eventually sold in 2001 and then with legendary LA restaurants Osteria Mozza, Pizzeria Mozza, and Chi Spacca (alongside partners Mario Batali and Joe Bastianich), Nancy has shaped the way we eat in this city.

Nancy recently partnered with Made In for a limited edition bread knife and we’re all about it. After all, who else can sell a pre fixe menu for $75 headlined by grilled cheese sandwiches and get away with it? Nancy can not only do it, the woman can sell it out and leave us drooling for more.

We caught up with the legend of well-crafted carbs here…

Easiest mistakes to avoid when learning to make bread – could you share a few tips? The number one mistake is to rush. Do NOT rush. The other is to expect perfection after the first attempts. 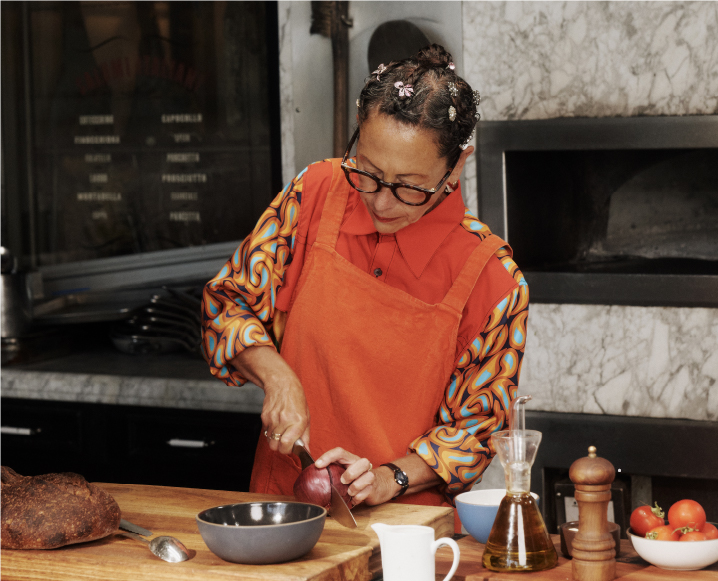 Best bread you’ve ever had: The first loaf of bread I had at the renowned Parisian bakery Poilane. It was 1979 and the loaf was called a “miche.” That first bread was the best. I had never had bread that tasted like that. (Editor’s note: grab our recipe for cultured butter from the world class chef at Poilane, here!)

Settle a bet: what’s the absolute best way to store bread? Room temp, cut side down. 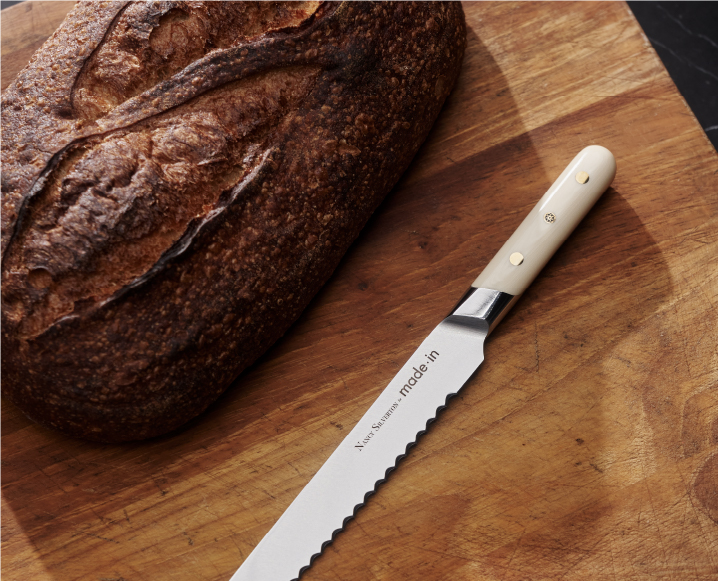 Go-to bread making tools: I think the Dutch Oven to proof and bake the loaf.

Favorite bread or baking cookbooks? Melisa Weller’s new book, A Good Bake, is destined to be my new favorite. I saw a sneak preview and it’s the most anticipated baking book of the season. She’s a scientist turned baker.

What is your favorite bread recipe in the fall? Bread is a year long treat. I don’t have favorites breads for the seasons. Of course, I do live in Los Angeles!

Catch up with more top chefs in our In the Kitchen series here!