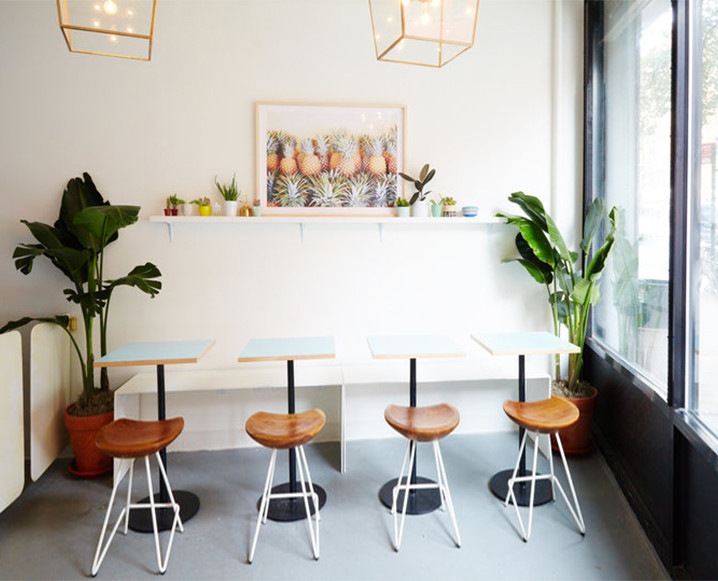 Remember When you realized that no restaurant will ever really compare to mom’s home cooking? For sisters Hannah and Marian Cheng, that moment inspired them to open one together, and make their own organic Taiwanese dumpling dreams come true.

Two years and many rice wrappers later, the sibling duo is bringing their Mimi Cheng’s magic to Nolita with some obsession-amplifying additions to the menu. Their new outpost offers the same organic, locally sourced goodness as OG Mimi Cheng’s, but with a bento box option that lets us test-drive a variety of bites – perfect for when we’re unsure of what we want, or if what we want is all the things.

Our fave NYC foodie, Kat Odell, stopped by to check it all out and is sharing the delicious details here…

Why I Ate It: My good friends Marian and Hannah Cheng are the tag team behind Mimi Cheng’s, the Taiwanese dumpling shop that now counts a second location right across from Cha Cha Matcha on Broome in Nolita. I admit, I’ve become addicted to their steamed chicken and zucchini dumplings, in addition to their scallion pancakes, which are delicate and crisp on the outside, yet offer a toothsome chew within. At location two they’ve launched bento boxes, which is great for anyone who wants to try a few different favors without committing to just one dish. I am especially keen on the Taipei Tapas assortment, which involves those killer scallion pancakes, your choice of four dumplings, plus poppy pink radish pickles and a mimi cucumber salad.

Why You Need It: By using organic ingredients and locally sourced proteins from craft butcher shop Fleischers, Mimi’s offers a healthier take on dumplings.

Get all our NYC Bite of the Month’s here!