How Worried Should We Be About Mercury Toxicity? 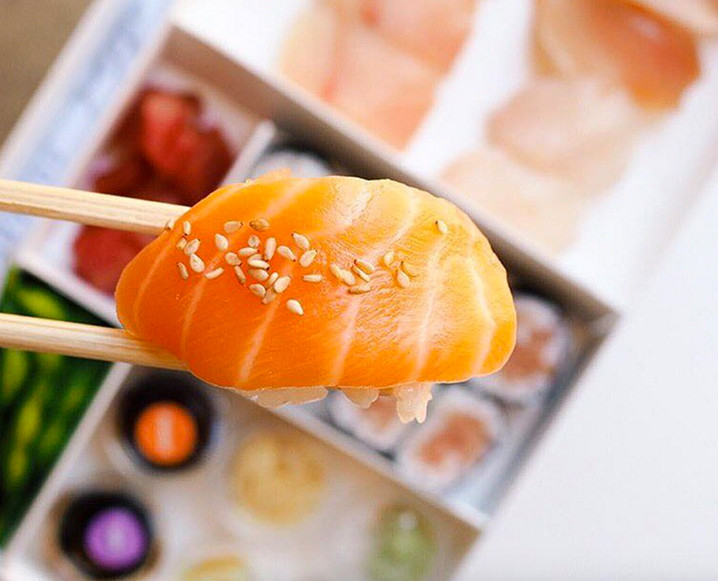 Heavy metal is so eighties, and we think it has no place on our plates. It’s fair to be concerned about mercury toxicity, but there’s no need to cancel that sushi date just yet! We’re talking to holistic nutritionist and wellness pro, Kelly LeVeque, all about it: what consuming this potentially dangerous metal means for our health and simple ways we can support our wellbeing without sacrificing our fave sashimi…

What is Mercury Toxicity? Mercury is a global pollutant and well-known neurotoxin that has raised great fear in the scientific community. Mercury toxicity is a form of heavy metal poisoning that can affect the nervous system resulting in behavioral changes, irritability, high blood pressure,[1] fatigue, behavioral changes, headaches, cognitive loss, hallucinations, hearing loss, tremors and even death.

How do you get it? After oral exposure, the intestines absorb approximately 95% percent of ingested mercury; by inhalation 80% of the mercury present in vapor is absorbed. Thankfully, in liquid form, mercury is poorly absorbed. Once exposed to mercury, distribution from blood to tissue is slow and occurs at approximately four days and predominantly distributes to your kidneys and central nervous system. However, because it easily passes through most cell membranes concentrations of mercury have been found to occur [2] in the brain, liver, kidneys, placenta and fetus, especially in the fetal brain, as well as in peripheral nerves and bone marrow.

Are you sure you have it? Mercury poising is serious business, not only is it highly toxic to us as humans but it’s becoming a pretty lucrative business. My question to you is, “Are you sure you have it?“ It seems like every other week I am meeting with a new client that is being treated by their doctor for mercury toxicity, told to avoid fish consumption, especially sushi and encouraged to sign up for a dozen expensive IVs full of chelating agents worth thousands of dollars. Chelation is a type of bonding of ions and molecules to metal ions, which help the body, remove heavy metals from cells and can be done orally or through IV therapy.

Get the Appropriate Testing. Analysis of the levels of toxic metals in urine after the administration of a metal detoxification agent is an objective way to evaluate the accumulation of toxic metals but not after administering EDTA, DMSA or DMPS (chelating drugs). The standard way to measure urinary mercury and lead levels is by collecting a non-provoked urine sample over a 24-hour period. If your doctor is administering chelating agents, these tests are called “provoked.” A provoked test can show a “higher than expected” level when no problem exists, leading to chelation therapy when it might not be needed.

fish might not be the real issue. Did you know selenium has a high binding affinity for mercury? When selenium and mercury are found together in nature, they bind to one another, forming an entirely new substance that humans poorly absorb. Most of the fish known for mercury, like tuna, contains more selenium than mercury – and if a fish has more selenium, it is safe to eat. Most mercury toxicity articles look at mercury levels without comparing selenium levels.

Get your glutathione levels checked!
Glutathione is one of the most powerful detoxifiers and antioxidants in your body, in fact, glutathione neutralizes the free radicals producing reactive oxygen species (ROS), protects cells against damage resulting from exposure to many external agents and oxidative stress. You can only excrete mercury when it’s bound with glutathione and it is essential to heal the damage within the cells. If you have low glutathione levels consider getting genetic testing to uncover potential polymorphisms in GST genes.

Ensure your fillings don’t contain mercury!
The FDA warns that, “mercury from dental amalgam and other sources is bioaccumulative. Studies of healthy subjects with amalgam fillings have shown that mercury from exposure to mercury vapor bioaccumulates in certain tissues of the body including kidneys and brain.”

+ Eat leafy greens and herbs. Cilantro and green leafy vegetables like kale, spinach and parsley naturally chelate the body and support the liver to detox.

+ Eat vegetables and citrus rich in vitamin C. Vitamin C can reduce the damage caused by heavy metal toxicity by acting as an antioxidant.

+ Increase your fiber to keep things moving and increase natural detoxification of the colon by adding leafy greens, flax or chia to your smoothie.