Get Cultured: Make Yogurt At Home 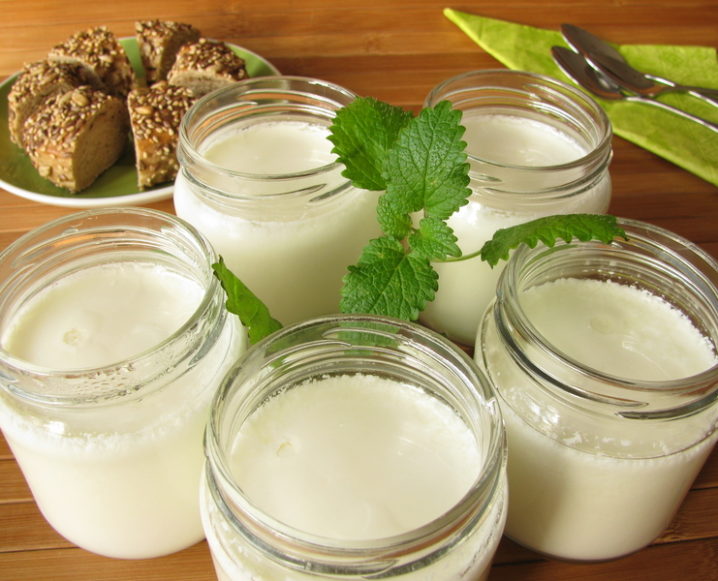 Yogurt is one of America’s favorite health foods! It’s probable that the earliest yogurt was made by accident about 7,000 years ago in the Middle East, when milk-producing animals – probably camels or goats – were first domesticated. The milk was likely stored and transported in bags made from the stomachs of these animals, and the digestive juices and bacteria in the stomach linings made the milk coagulate and become acidic. Not only was it a new and interesting food, but the acidity and helped to keep it edible for longer than if it had just sat out in a bowl or jar.

It has gained popularity in America in the last forty or fifty years, in keeping with general trends toward organic, cultured and nutrient-dense foods. Yogurt now has many variations and personalities. It can be thin and runny or thick and firm. It can be mild and sweet or very tart. It can be made from cow milk, goat milk, sheep milk, nut milk, soy milk, rice milk and from numerous other creamy substances. In some countries, the milk of buffalo, horses, yaks or camels is used.

Many people eat yogurt plain, while others prefer to mix it with fruits or vegetables or to add flavors or sweeteners. It is used in a variety of recipes as a flavor enhancer or leavening, and frequently enjoyed as a refreshing drink. If you go into any supermarket, you’re likely to find a whole wall of yogurt products from a dozen different manufacturers, and with more flavors than you can imagine! And it’s fairly pricey, with the most popular brands being in the neighborhood of a dollar for a 6-ounce container.

It’s not hard to make your own yogurt at home for little more than the cost of the milk! You probably don’t want to use a camel stomach and hang it on the door to make your yogurt, but fortunately, there are now many convenient and sanitary ways to culture delicious yogurt.

Most yogurt is made by heating up milk and adding yogurt cultures, then keeping the inoculated milk warm as the cultures acidify, coagulate and flavor the milk. (There are also yogurts that culture at room temperature, which is even easier!) The bacteria in the culture eat up the lactose (milk sugar) in the milk and produce lactic acid. The lactic acid works on the milk proteins and breaks down the cell membranes, and the proteins clump together. That’s what makes yogurt thick and globby – and not runny like milk. 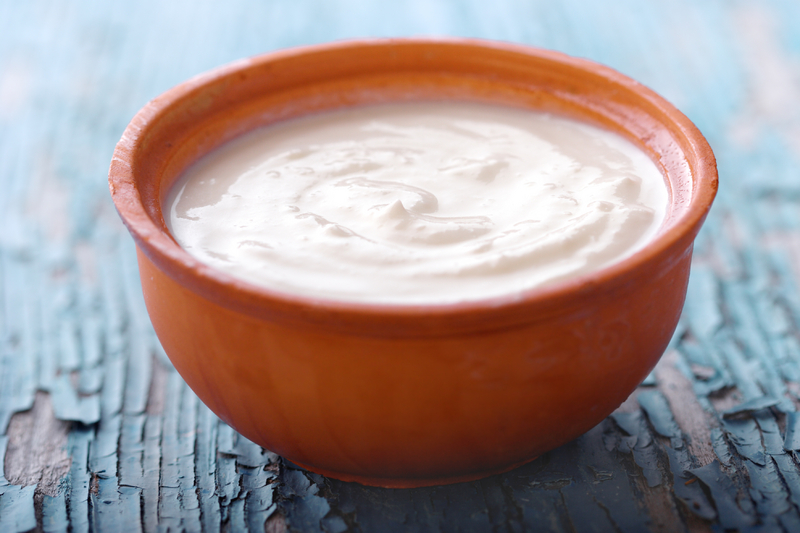 The first step in making yogurt is to get all your ingredients and supplies together. Here’s what you’ll need:

The milk can be pretty much any kind at all. Pasteurized milk is the easiest to make yogurt with. Ultra-pasteurized milk is often too sterile to work well, and raw milk has some extra steps involved. The milk can be whole or reduced-fat. You can even make some super-thick yogurt by using half-and-half! Whole cream doesn’t work as well, though, because you need to have some milk proteins and milk sugars for the yogurt to perform well.

The yogurt starter can be from a container you purchase at the store. If you do that, make sure the container says “live cultures” or you won’t get anywhere. Buy plain, not flavored. Or you can purchase a yogurt starter to work with. Cultures for Health makes a variety of products that are shipped dehydrated, but once activated, can be used over and over again for months and even years of great yogurt!

You can keep the yogurt warm in an electric yogurt maker, an insulated container, an oven with just the light on, a picnic cooler with a couple of jars of hot water, a food dehydrator… almost anything that will hold the temperature.

To make the yogurt, first you heat up the milk to between 160° and 180° and hold it there for about 20 minutes. Don’t worry if it gets a little too hot – just keep an eye on it and turn the heat down. This heating breaks down the milk proteins so the yogurt will coagulate better. You’ll probably get a little skin developing on the top of the milk, but you can stir that back in.

When the milk’s hot enough, let it cool down to about 105°. If you just turn off the burner and let it sit, this should take about half an hour. You need it to be at least 100°, and no warmer than 110° for the yogurt to set up. If it cools down too much, just warm it up a little until it’s in the right range.

Now, pour the heated milk into the culturing container. Add the starter yogurt – about two tablespoons per quart – and stir it up. A whisk works really well for this. Cover the container with a coffee filter and secure that with a rubber band. Some people like to put a lid on the container. Either way is fine!

Next, put the container into your keep-warm unit and let the yogurt sit for six to eight hours. You can check it starting at about six hours. When you tip the container a little, the yogurt should move as a single mass, not as a liquid. You can culture the yogurt for up to 24 hours (for a very tart yogurt) but watch out for the yogurt separating into solids (curds) and liquid (whey). That means it has run out of food!

After you’re done culturing it, let the yogurt sit for a couple of hours at room temperature to firm up a little. (This is an extra, optional step. Not everyone does it.) Then put it in the refrigerator for about six hours. This stops the culturing process and will help the yogurt firm up a little more.

Take out a few tablespoons of yogurt and set them aside in a separate container to keep in the refrigerator and use for your next batch. You can flavor the rest of it with anything you like: maple syrup, vanilla, orange slices, applesauce, fruit juice, cocoa, berries… even coffee!