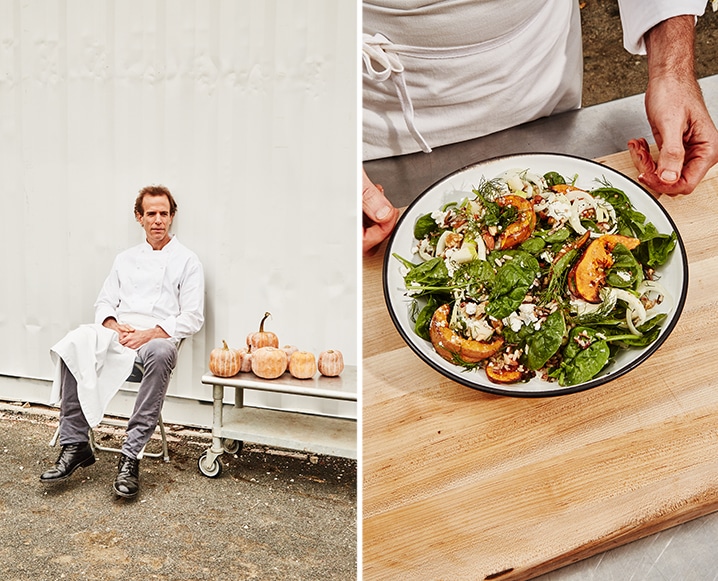 Farm to table is a phrase that gets tossed around a lot. But seed-to-table is a much more important phrase going forward and we’re learning all about it thanks to culinary icon, chef Dan Barber. While at the helm of famed Blue Hill at Stone Barn, as well as NYC’s Blue Hill, Barber has helped pave the way for a larger conversation around the importance of seeds. You may have seen him on one of our favorite episodes of Netflix’s Chef’s Table preaching more of the same.

With the help of Michael Mazourek — the vegetable breeder who gave us this precious little honeynut squash — Dan co-launched a custom seed breeding company, Row 7. Hoping to revolutionize the relationship between cook and farmer, this foodie duo is developing seeds to grow more flavorful and nutrient-rich vegetables for the wider public.

Dan is known for putting vegetables in the spotlight, so he knows the importance of a high-quality crop. He also knows that the majority of veggies we eat in America are a diluted version of what they once were. By experimenting with seed genetics — in Barber’s words, “old-world breeding with modern technology” — to create more flavorful and more nutrient-rich vegetables, he’s helping to diversify our sterilized food supply. Together with a team of chefs, farmers and geneticists, Row 7 has developed seven new breeds of vegetables, including their Koginut squash. 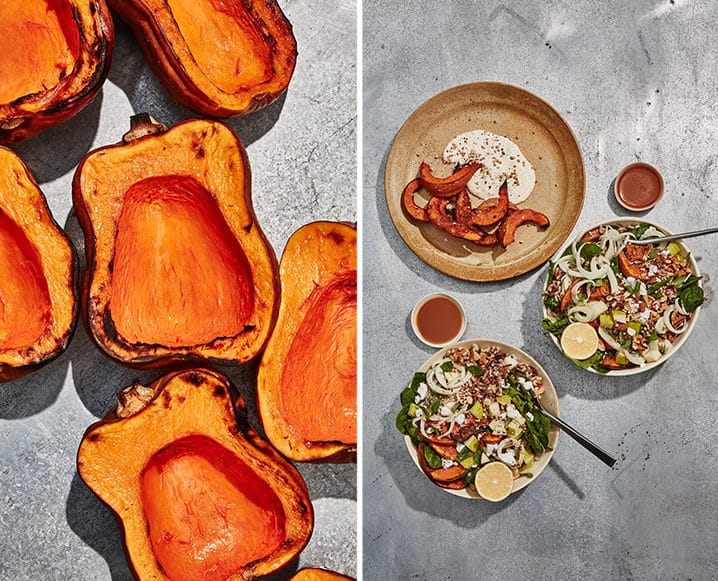 Specifically bred for its elevated flavor, the Koginut squash is making its big debut in the public at one of our favorite healthy food chains, sweetgreen. The Koginut Squash Bowl features organic spinach, wild rice, pears, fennel, fresh basil and goat cheese, topped with toasted buckwheat, raw walnuts, toasted almonds, a squeeze of lemon and balsamic vinaigrette. (This is fast food? Swoon!)

We had the opportunity to interview Dan and Michael all about how they’re revolutionizing and democratizing food that’s better tasting, better for you and in all ways what food should actually be… 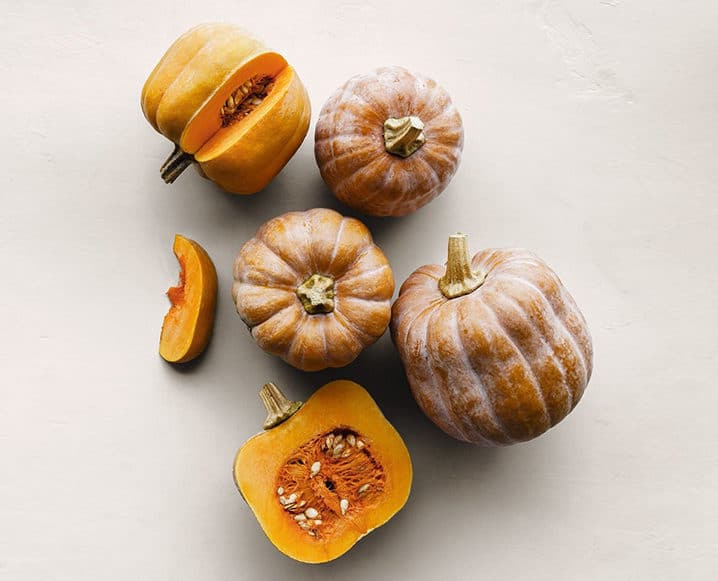 What first brought you two together?

Dan: Michael came in for dinner at Blue Hill, and I brought him into the kitchen. There was a huge butternut squash on the prep station, and I turned to him and asked if he could breed a butternut squash that actually tastes good (I was only half joking). Michael told me it was the first time that someone had asked him to breed for flavor.

For me, as a chef, there’s a before and after moment. I realized then that breeders are the people writing the original recipe for food — and that recipe decides exactly what an ingredient brings to the table. That conversation launched years of experiments in the kitchen and the field. The idea of Row 7 was to formalize this work and expand it, bringing chefs and breeders together to develop and trial new varieties and create a more flavorful future for food.

Talk to us about the Koginut! What excites you most about it?

Dan: Michael outdid himself with the Koginut, which we’ve been trialling in the kitchen for many years. It’s a winter squash bred for velvety texture (similar to the kabocha) and a sweet, intensely squash-y flavor. There’s even a built-in “ripeness indicator” where the squash turns from green to bronze on the vine when ripe, so growers know exactly when to pick for peak nutrition and flavor.

How can readers better support soil health, heirloom seed growers and the like?

Dan: Why not start by being greedy for good flavor? In the last decade, people have become more demanding about the food on their plates. We want to know who is farming it, where it comes from, how it was grown. What we don’t realize is that the seed — where and how it was developed — is just as important. When we started Row 7, the goal was to create access to seeds (and, ultimately ingredients) that are providing a new kind of blueprint.

Food philosophy in one sentence:

Dan: A recipe from the ground up.

Favorite way to cook with the Koginut:

Dan: Unplugged. I usually just roast it, with salt. But you can gild the lily, too. For Sweetgreen, we made a side of roasted Koginut wedges with smoked goat cheese, toasted buckwheat and dried lime.

In my kitchen you'll find plenty of:

Dan: Spoons — lots and lots of spoons for tasting — all the same size. You cannot imagine how differently you will taste something with different sized spoons.

Dan: Lately, it has been cauliflower. Just after a series of light freezes, they are custardy and sweet. It’s the best moment for a cauliflower — for any brassica — before the deep freeze gets them for good.

Food you love to eat with zero prep:

Dan: Raw Milk from Blue Hill Farm, straight from the cow and into my morning coffee.

Dan: Dinner at home with my wife and daughters.

Row 7’s mission is to breed for flavor. Are there any plants you dream of mastering specifically?

Michael: So many plants have been neglected due to their lack of attention to flavor in recent history. Legumes are especially on my radar due to their value as a sustainable protein source that doesn’t require nitrogen fertilizer.

Row 7 seeds are also organic and non-gmo. Why is this important to you?

Michael: Yes, all Row 7 seeds are non-GMO and certified-organic. GMOs remain problematic, as they are inept at addressing complex issues in the field like disease, drought or flavor. We would have solved those issues long ago if fixing those issues came down to changing one single gene!

Row 7 invests in the infrastructure of organic seed production and breeds seeds for flavor, nutrition and performance in organic systems without the use of chemicals. Economics of scale and other investments make it difficult for farms to adopt organic practices, and we’re helping make it easier.