The Truth About Intermittent Fasting with Dr. Alejandro Junger 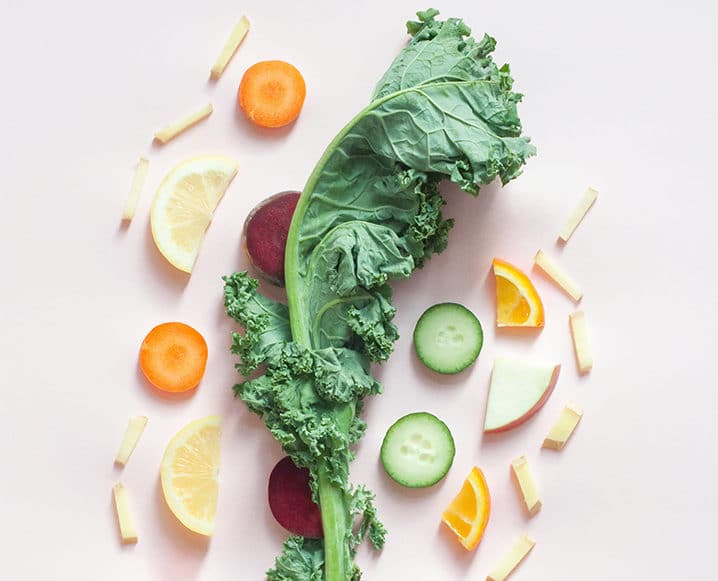 Tis’ the season for a good cleanse — and we can’t say we’re mad about it. Perhaps an evening with a green juice and a colonic isn’t quite as cozy as the last few evenings we’ve spent with gingerbread and champagne, however there’s something satisfying about the balance we create with annual post-holiday fasting or cleansing.

Cleanses and “detox” in general have gotten a bad rap this year and we’re a little miffed about it. Here’s why: cleansing is an essential wellness practice that’s been around for eons. Despite the celebrity endorsements of poorly made cleanse products just for weight loss or the internet’s insistence that simply having a liver is all the detoxification our bodies need, cleansing and detoxification are important for our health. Yes, you have a liver. Yes, it detoxifies your body. But unless you’re living in some garden of Eden paradise we’re not privy to, our modern lifestyles demand extra support if we’re to achieve vibrant health.

To help us level set on the topic of fasting in general, we’re sharing insights from one of our go-to pros, Dr. Alejandro Junger. In his new book, CLEAN 7, Junger centers on principles of functional medicine, Ayurvedic medicine and intermittent fasting. As Junger explains below in detail, fasting can help to alleviate chronic symptoms, ailments, and common illnesses, results in weight loss if needed, increased energy, improve mental clarity, and more…

Fasting is voluntarily electing not to eat beyond the time when we would normally be having our next meal and for a determined period of time after that. Intermittent fasting is doing that intermittently, alternating periods when we eat as we always do with periods of fasting. During the time we don’t eat we drink only water and/or herbal teas, but nothing with any caloric value. The whole use of language around fasting is very confusing. There is no single definition when we refer to fasting, nor is there a single set of rules. How many hours of not eating does it take to be considered fasting? Are we all fasting at night while sleeping? Is breakfast how we all break our daily fast?

A useful way to think about fasting is as it relates to what happens in your body. Approximately eight hours after your last meal, depending on how big it was, your body completes the process of digesting, absorbing, and assimilating it. This is when the body refocuses from digestion to other vital matters such as detoxification. Detoxification doesn’t stop while digestion is taking place; it is simply slowed down, just as thinking and moving are. If we eat again as soon as the body finishes digesting, we bounce back into the feasting mode.

Eight hours is not enough time for the body to even enter into the fasting mode, which takes approximately twelve hours to begin to set in. So, in terms of fasting, a window of twelve hours between the last meal of one day and the first meal of the next is the minimum required to give your detox processes the time and energy to catch up with the necessary work of maintaining inner cleanliness. Nobody can specify exactly the timing of the physiologic changes that occur after twelve hours—it is different for everyone.

How Does The Body Feel On A Fast?

Gradually the gut starts to feel empty, a sensation that is deeply satisfying. The mind starts to clear and there is a surge of energy. Physiologically, the body shifts into obtaining energy from stored reserves, which eventually is mostly from fat. Although glucose stored in the liver and muscles as glycogen is initially burned, ketone bodies start eventually appearing in the blood and are used as fuel. Detoxification intensifies and repair accelerates. The more hours you allow your body to experience this state, the more intense the benefits you will reap. By the time twenty-four hours have elapsed these beneficial changes reach a great level of intensity.

Having three meals a day is something that humans have been doing only relatively recently in an evolutionary time frame. Food historians suggest that among the sea of changes initiated by the industrial revolution was a significant change in eating patterns. Once people started working outside the home and on the company’s clock, they began to eat their midday meal, which had traditionally been what we now call dinner, at or near their workplace. The evening meal, which had been formerly something light such as tea and toast, became the large meal it is today. The idea of breakfast, lunch, and dinner evolved because of a cultural, societal need for comfort and practicality. This shift in behavior quickly became a commercial enterprise and entire industries were born. Breakfast, lunch, and dinner set the day’s rhythm.

It is mind-blowing that as a society we have disrupted our natural rhythms so much so that we have all but eliminated the body’s best chances of being in a state of balance. Many of us have never been in the fasting state for a single hour in our lives. If not practiced for religious purposes, fasting remains an “alternative” treatment and is not considered beneficial by conventional medicine. Furthermore, there are lots of misunderstandings about it, which make fasting a taboo for many. Whether these reasons are generated and fueled by simple misunderstandings, or intentionally by the powers that be, to maintain the status quo of constantly being fed, I will leave up to you to decide.

A common reason for many people to discard the idea of fasting at all is that they label themselves as hypoglycemic. It is true that some people may fall into hypoglycemia as a result of real and serious medical problems, such as when certain glands don’t function properly. It may happen by mistake in the management of certain medical conditions, such as diabetes, when someone self administers too much insulin. A diabetic who uses too much insulin may go into hypoglycemia. But most of the people I encounter who are concerned about being hypoglycemic are talking only about the way they feel when they don’t eat for a while. I understand that it can be uncomfortable but it is not a medical issue and what they are experiencing is due mostly to conditioning of their body. This feeling is the body demanding a sugar or stimulant high, in whatever form it can get it. The good news is that it doesn’t take long to train your body to not respond in this way.

Another common reason for shunning fasting is the belief that it will slow your metabolism and make you gain weight. The logic is that by lowering caloric intake we are training the body to eat less and store more and that over time this will affect the number of calories we can consume without gaining weight. This thinking is also behind the common advice by nutritionists and personal trainers to eat six smaller meals a day. There is some truth to the fact that digestion takes energy and therefore burns calories. But this is not what defines our metabolic rate. Your muscle mass determines that.

The fear of losing muscle mass is another common reason from abstaining from fasting. Studies have shown that this is not the case during intermittent fasting schedules. Intermittently entering the fasting state has been proven beneficial for weight loss. I once met the actor Hugh Jackman who told me that he used intermittent fasting together with exercise and proper nutrition to get into shape for Wolverine. You have only to look at the shape he was in to see that he broke all these myths. Some people equate fasting with starving, which has negative medical and cultural connotations. I understand starving as the state in which the body has no more reserves, and is lacking nutrients to continue bodily functions normally. This is simply not what is happening when intermittently fasting.

New decade, who dis? Hitting reset is as easy as add to cart. Pressed Juicery takes the guesswork out of getting that 2020 reboot going with their half and full day juice fasts. Delivered to your door in a cute neoprene cooler, resolutions have never been easier!