In Memoriam: Guru Jagat, A Wildly Modern Wellness Leader Who Empowered Others 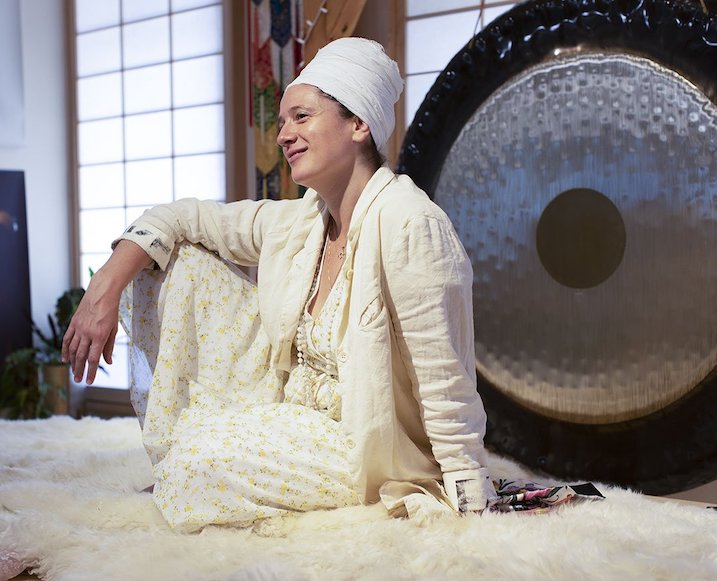 The truth is, it’s our first story of this kind on TCM. Appropriate, as kundalini teacher, Guru Jagat was the first of her kind as well.

It was with heavy hearts that we received the news of Guru Jagat’s passing this week, an unexpected complication from a recent surgery.

Our hearts go out to her loved ones and the @ramainstitute community who will undoubtedly carry on her legacy of kindness, holistic living and personal empowerment. Guru was one of the most unique female figures in wellness today, especially here in L.A. She encouraged so many to reach beyond normalcy into personal power and joy. A unique contributor to our wellness community that we will miss dearly.

“Many things to say but for now — hold each other tight, be massively kind, practice presence and humor as this life is precious and oh so delicate.” – Guru Jagat

We’ve featured GJ many times on our pages, enjoy them here. We thought it was appropriate to share this memorial message from her team at Ra Ma…

Guru Jagat, the celebrated and iconoclastic thought leader who forged a new path of modern wellness, died suddenly Sunday, August 1, 2021 at 9:07pm Pacific due to a pulmonary embolism and complications from a broken ankle.

Guru Jagat had recently completed the in-person reopening of her three yoga studios, RA MA Institute for Applied Yogic Science and Technology, in Los Angeles, New York City and Palma de Mallorca, Spain after a year and a half Covid-19 related closure. Her global tour culminated in Berlin with back to back sold-out events, an affirmative stamp for the exalted and life-changing yoga and lifestyle practices Guru Jagat taught and famously popularized.

Poet, yogi and international trendsetter, Guru Jagat was the founder and CEO of 7 global businesses. Her irreverent humor and fierce humanity made her the go-to teacher for celebrities like Gwyneth Paltrow, Alicia Keys, Kate Hudson and Courtney Love. She was unusual among teachers in the wellness and spiritual sectors in that her influence straddled both sides of the devotional and secular spectrum with intense success.

Guru Jagat spoke at Harvard and taught at the Bonnaroo Music festival. Her first book, Invincible Living: The Power of Yoga, The Energy of Breath, and Other Tools for a Radiant Life, put her on the map of culturally indelible authors like Don Miguel Ruiz, Clarissa Pinkola Estés, and Thich Nhat Hanh and made her a bestseller in the United States, France, Germany and Russia. Guru Jagat’s first fashion line, the Guru Jagat Collection, debuted at Paris Fashion Week 2019 to a deluge of celebratory praise. Guru Jagat also made pop-culture media waves with her lifestyle and street-wear brand, Robotic Disaster.

Guru Jagat’s bold and unapologetically iconoclastic nature also made her a controversial figure. As the host of the viral podcast, Reality Riffing, Guru Jagat broadcasted a “status-quo-challenging” flavor of inquiry to 52+ countries and an audience of over 900,000. Hosting a wide range of luminaries from alternative theorist Kerry Cassidy and author David Icke to U.S Presidential Candidate Marianne Williamson, former-NFL running back Ricky Williams, feminist Erica Jong, actor Ryan Hurst, relationship leaders Harville Hendrix and Helen La Kelly Hunt, and many others,

Guru Jagat endeavored to shake increasingly calcifying belief systems into an intelligent cognition based on an organic, living, sensory system.

Guru Jagat’s death comes as a tragic surprise to the hundreds of thousands of lives she transformed. She traveled year-round teaching and speaking on Kundalini yoga, hosting in-person global courses, running multiple and simultaneous online programs, and training teachers with her teacher Harijiwan through the RA MA Global Alliance. Her classes, trainings, courses and open access content can be found through her streaming online network, RAMA-TV.com)

Guru Jagat believed deeply in the importance of being able to access one’s own clarity, courage and creativity regardless of color, creed, socioeconomic status, appearance or gender. Her non-profit, RA MA Foundation (est. 2016), promoted and supported wellness leaders from historically underrepresented and oppressed communities. Through it’s scholarship granting initiatives and 100% by-donation yoga space in South Los Angeles, RA MA Foundation provided transformational tools to such leaders as a Lakota Nation mother of five helping to heal generational trauma on her reservation, an L.A. local millennial serving organic meals to the homeless, a Navy Seal veteran bringing non-pharmaceutical healing solutions to retired soldiers and those in active combat, and many others.

Among her boundless global and cultural contributions, Guru Jagat is perhaps most famous for refining a new model of integrated female empowerment, for which she ran three simultaneous and still operational women’s programs, Immense Grace, Aquarian Women’s Leadership Society, and the Graces. A quote from Guru Jagat’s imminent, soon to be posthumously released book reveals the new kind of “fifth-wave feminism,” a term she coined, that she was spearheading.

“Women stand at a unique place in history, with their roles, identities, stress levels, and requirements changing at light speed. These accelerating shifts are leaving women with a psychic retrofit job— patching up a millennium of cultural, political, and economic conditioning that is still active in many ways in women’s bodies, minds, concept and experience of freedom. Concurrently, we are attempting to create a new framework of power and socio-political involvement based off of intuitive clarity and our own definitions of what it means to be a woman, rather than accepting the power and cultural norms of a bygone era. It is my mission to explore the rise of this femme

consciousness that moves through all genders and how it ultimately activates in women and femme identified humans. Discovering a new level of strength and leadership with the essence, beauty, and primordial femininity that are deep-rooted within every woman is, in my opinion, the primary task of a global generation.”

With such mastery, Guru Jagat can seem to be almost of mythic origin, but her roots were humble. Born in Fort Collins, Colorado, Guru Jagat grew up in a working class family with a single mother. Simple and unpretentious, Guru Jagat’s early life was spent searching for community, spirituality, and creativity outside of what religion was able to offer. She was an avid questioner and seeker, and left no stone unturned to deepen her experience of questioning reality, identity, and heightening creative expression through any means possible.

Guru Jagat is survived by legions of students and teachers trained by her, as well as by her fiercely devotional husband Teg Nam, with whom she shared a profound and eternal love. Her three yoga studios are open with the north star of her mission, RA MA University, currently in the works.

Ongoing, 24-hour in memoriam mantra recitations can be joined in person at the yoga studios and onine hereuntil August 17.