A Hospice Doctor On What Death Can Teach Us About Life

LEt’s talk about death — says no one ever. But renowned hospice doctor Christopher Kerr feels differently.  For Kerr, talking about death helps us to understand it. The more we unpack our fears, questions and anxieties around the dying process, the more we can reclaim it. His new book, Death Is But a Dream, explores the journey before death A-to-Z via individual stories from his years of experience as a hospice doctor. Before you say “uh, maybe not today,” we can attest that this read is as surprisingly uplifting as it is deeply meaningful.  In fact, we found it as soothing and life-affirming as is his TED talk  – watch it first, above, then explore these key insights to meditate on now about one of life’s greatest mysteries…

on forgiveness + reassurance Experiences at the end of life typically address the dying patient’s most urgent need, whether it’s to be forgiven, guided, reassured or simply loved. For a mother who lost a child, the feeling is reunion. In dying children, who have limited exposure to death, the deceased who return to comfort them are often pets they have loved and lost.

Dying is a paradox Despite physical decline, patients are often emotionally and spiritually alive, even enlightened. I have been at the bedside of thousands of patients who, in the face of death, often speak of love, meaning and even grace. When studied in the context of post-traumatic growth, pre-death dreams and visions also confirm that dying can include mechanisms of positive psychological adaption and spiritual growth. In other words, people don’t stop living because they are dying. 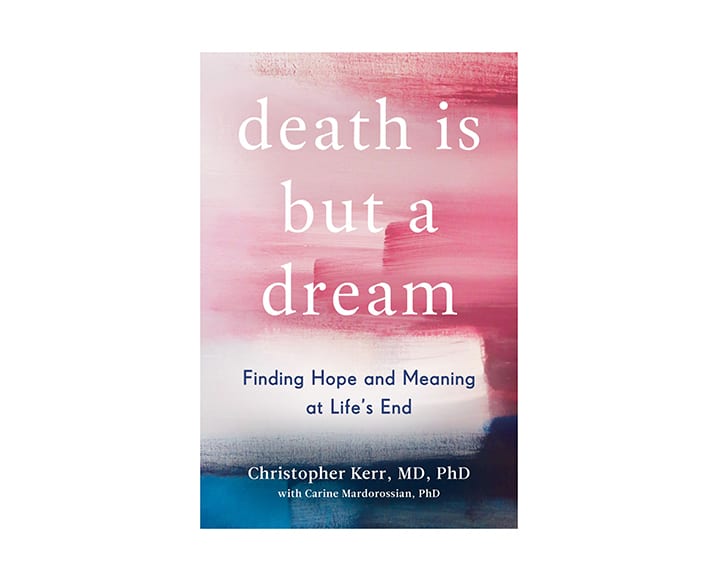 Dying is more than medical failure; it is the closing of a life. In my experience, dying is far from failure and often reveals the human’s spirit infinite ability to heal what is hurt or broken. Long after the battle to overcome disease is lost, dying patients continue to fight; they are not fighting against, but fighting for — and toward. Their struggle is to attain relevance, meaning and to remain connected right up until their last breath.

When life nears its end, age and debilitation give way to an incredible affirmation of life. End of life experiences don’t deny death but transcend it by binding us to those who have loved us from the beginning, those we lost along the way, and those who are returned to us in the end. If we seek to humanize the dying process, we must first acknowledge not what is observable, but what is felt.

What has your experience been? Does this resonate with you?