Herbalism For Skeptics: 10 Impressive Plants According To Ethnobotanist Molly Helfend 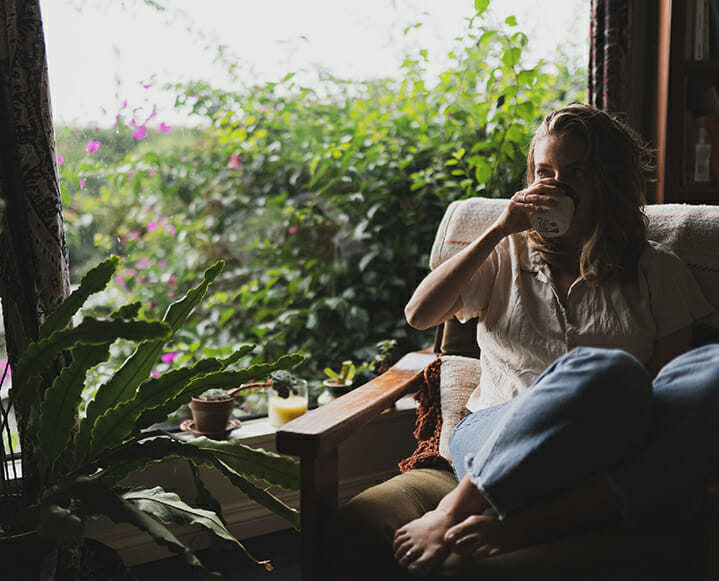 Ethnobotany is the study of how people of a particular culture and region make use of indigenous, or native, plants. Molly Helfend is an herbalist with a Masters in Ethnobotany who travels the globe as a clinical herbalist using her cultural competency to influence work across the USA, Australia, New Zealand, England, Indonesia and beyond.

Whether through herbalism, the research of indigenous plants, or the healing practices of being a practitioner, Molly has educated countless people about how to improve their own health and work with plants. As there are many so many raised eyebrows about any healing modality outside the bounds of the prescription pad these days, we asked Molly to talk to us about herbalism for skeptics, beginners and the prescription-devoted….

Who hasn’t sipped on a warming cup of ginger root or peppermint leaf tea when they have struggled with digestive ailments? Or perhaps tried a chamomile flower infusion to help drift into a nightly slumber? Or even sniffed the sweet floral scent of lavender essential oil, only to feel calm and tranquil afterwards?

These are not old wives tales. These are scientifically backed herbal remedies that help restore the human body. Those old healing stories passed down by grandmothers actually have science to silence those non-believers to actually believe in herbal medicine. And so, since this article is written for the skeptics—those who might reach for the Advil bottle before digging deeper into what the symptom is masking or trying to say, let’s talk about…

Before we get deeper, I do not want to discredit pharmaceutical drugs. I will never negate the advances of modern medicine and how they have shaped people’s lives for serious or life-threatening conditions. So, if you are happy and healthy taking your medication, please continue using. I encourage those to use this article as an educational tool to learn that there are natural alternatives that can promote health and wellness.

For those that rely heavily on Western science, did you know that there are over 100 active ingredients derived from plants that are used for modern drugs and medicines? Active plant compounds, or phytochemicals, are responsible for some of the most important medical advancements of our time. They have been synthesized with chemicals to create the drugs we all know and, well… sometimes… love.

“About 200 years ago, the first pharmacologically active pure compound, morphine, was produced from opium extracted from seed pods of the poppy Papaver somniferum. This discovery showed that drugs from plants can be purified and administered in precise dosages regardless of the source or age of the material (Rousseaux and Schachter 2003; Hartmann 2007). This approach was enhanced by the discovery of penicillin (Li and Vederas 2009).

With this continued trend, products from plants and natural sources (such as fungi and marine microorganisms) or analogs inspired by them have contributed greatly to the commercial drug preparations today. Examples include antibiotics (e.g., penicillin, erythromycin); the cardiac stimulant digoxin from foxglove (Digitalis purpurea); reserpine, an antipsychotic and antihypertensive drug from Rauwolfia spp.; and antimalarials such as quinine from Cinchona bark and lipid-lowering agents (e.g., lovastatin) from a fungus (Rishton 2008; Schmidt et al. 2008; Li and Vederas 2009)…” (Wachtel-Galor, S., & Benzie, I., 2011). So, why don’t we simply use herbs and stop the synthesizing of chemicals? Good question.

Plants have safely been used for thousands of years, with origin of use dating back to almost 60,000 years ago. But, the truth is with the advent of modern technology and capitalism, many herbs have been outlawed or ignored because they threaten the profits of transnational pharmaceutical corporations. And sadly, with this, has come the exploitation of plants and indigenous cultures.

But, if a skeptic is looking for hard facts, in many cases, herbs can be more easily assimilated in the body because they are biologically more natural complex compounds. This means the body can recognize and absorb them with fewer side effects compared to pharmaceuticals. “Herbs act on multiple targets, unlike some synthetic drugs that target only one molecule while their effects on other molecules in the pathways or systems are unknown.” (Tao, 2005). This is where the question of safety comes into play with prescription drugs since they can cause chemical imbalances and severe side effects in the body.

Another reason to trust herbal medicine is because it focuses on the overall chronic or acute condition of the individual. It gets to the root cause of an ailment, rather than the allopathic Western approach, which simply minimizes symptoms. A trained herbalist is able to uncover the root of a disease by addressing the entire human being, looking into the five components of a person’s health – physical, mental, social, emotional and spiritual. Herbs can then be used to gently support the body to boost immunity, manage stress, lower inflammation, support liver detoxification, and nourish tissues to name a few. Herbalism is a safe way to enhance the span and quality of life.

White Willow (Salix alba): Did you know that aspirin is derived from white willow tree bark? These trees grow a bark that contains the chemical called salicin, which has analgesic effects. Once salicin is absorbed in the body, the chemical breaks down to salicylate derivatives, which help to relieve pain and reduce inflammation. The effects of white willow take longer than aspirin to kick in, but they tend to last longer. The bark also causes fewer adverse reactions than aspirin’s severe side effects.

Turmeric (Curcuma longa): Turmeric root is not a new herb to be introduced. It has been proven to be incredibly useful for athletic recovery and overall inflammation. This is because of its main active ingredient called curcumin. It is a very strong antioxidant that is bioavailable when consumed with black pepper (Ciper nigrum).

Fun fact: black pepper contains an ingredient called piperine that enhances the absorption of curcumin by 2,000%. Overall, turmeric is great for anything in the body that’s inflamed and causing pain. Turmeric also can increase blood supply and oxygen flow throughout the body, making it a great option for those with poor circulation or sluggish organs. 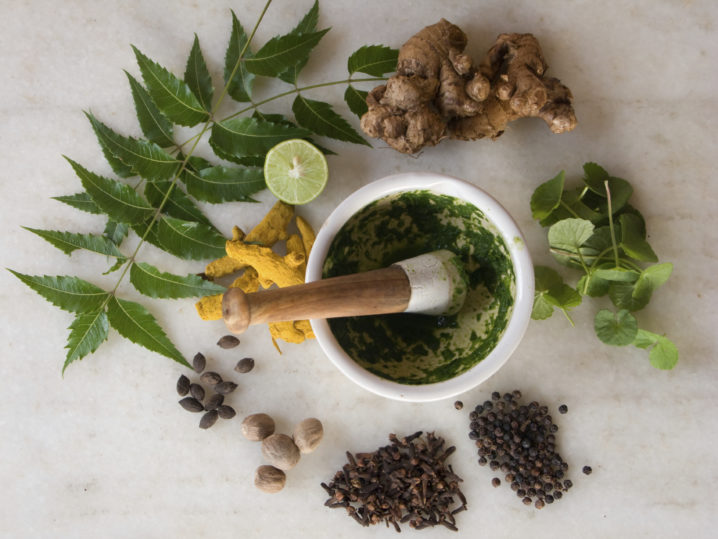 Cannabis (Cannabis sativa, Cannabis indica): With the advent of recreational and medicinal legalization, cannabis is slowly unraveling its stigmatization. But, many forget that cannabis is more than “getting high”. It can be part of a healthy herbal routine and helpful for a variety of conditions. This is because cannabis is made up of more than 120 components, which are known as cannabinoids.

Cannabidiol (CBD) and tetrahydrocannabinol (THC), are the two most well-known and researched cannabinoids. Cannabis is incredible at treating nausea, reducing inflammation, preventing and controlling seizures, fighting cancer, promoting sleep, and managing pain and anxiety disorders. Nowadays, cannabis can be found in a variety of modern health products such as female sexual lubrication, sleep tablets, athletic pain cream, and nausea drops.

Maitake (Grifola frondosa): Commonly known as “hen of the woods”, many would recognize this mushroom for its umami cooking flavor and fruiting body resembling fluffed chicken feathers. However, like many medicinal mushrooms, maitake is renowned for its powerful immunomodulating properties. This mushroom contains polysaccharides that regulate the immune system and enhance the activity of T cells, B cells, and macrophages (Mayell, 2001). Maitake’s beta-glucans also act as immunostimulating and protective compounds. There also are ample studies that suggest that maitake possesses anti-cancer and anti-tumor benefits. In fact, the mycelium have been found to produce an array of low molecular weight sugars and exopolysaccharides, of which activate immune responses to kill lung and breast cancer cells (Helfend, 2021).

Senna (Cassia angustifolia): Struggling with constipation? Don’t reach for the Ex-Lax. The solution is senna. This ayurvedic herb is a natural alternative to chemical pharmaceutical laxatives. Senna leaf and pods contain compounds called sennosides, which activate peristalsis and direct water back into the large intestine. This lubricates the stool and can help produce a bowel movement in 6 to 12 hours after ingestion. Senna is considered safe with minimal side effects to consume for short periods and at moderate doses.

Feverfew (Tanacetum parthenium): For anyone that suffers from chronic headaches and migraines, feverfew is here to help. It has a proven track record of success as being more effective than many of the nonsteroidal anti-inflammatories on the market. For centuries, it has been used to cure fevers, headaches, stomachaches, toothaches, and much more. Feverfew contains compounds known as parthenolides, which ease migraine pain by combatting the widening of blood vessels in the brain. There are numerous scientific studies to back the data, including a systematic review completed by the School of Postgraduate Medicine and Health Science in the UK, which found that feverfew is not only effective in the prevention of migraines, but also doesn’t pose any major safety concerns. 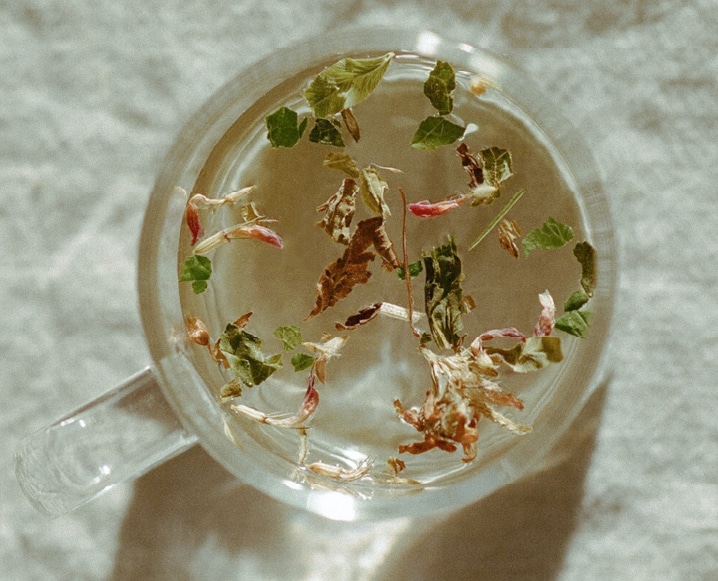 Ashwagandha (Withania somnifera): There are probably many seasoned health and wellness enthusiasts who are tired of being inundated with the buzzword adaptogen. But, for those who haven’t heard of this class of herbs, adaptogens help the body adapt to stress, with one of the finest being Ashwagandha. Its use dates back over 6,000 years ago in ancient text appearances as a rejuvenation cure-all herb, especially for its ability to enhance male fertility, benefit joint inflammation, and offer the strength and sexual virility of a horse. Its alkaloids, steroidal lactones, and saponins contribute to its many benefits not limited to managing stress and anxiety through reducing cortisol levels, healing adrenal fatigue, balancing hormones, regulating the sleep cycle, and improving oxygen flow. It also enhances immune function by increasing immunoglobulin production.

Arnica (Arnica montana): For centuries, Arnica has been a popular homeopathic herb remedy typically used as an external healing balm, typically in the form of liniments, poultices and salves. Although it can be taken internally as well, it is one of the best remedies to soothe sore muscles and joints, reduce pain and inflammation from sprains and strains, and to reduce bruising and edema due to bruises and fractures. Many athletes turn to this plant for its healing abilities, due to its anti-inflammatory compound sesquiterpene lactones, specifically helenalin.

Wild cherry (Prunus serotina): Just as delicious as it sounds, wild cherry bark, especially in syrup form, is actually one of the best natural cough and overall respiratory remedies. Wild cherry has expectorant, antispasmodic and anti-inflammatory properties especially from its cyanogenic glycosides, and more specifically prunasin. It works when prunasin and special sugar molecules enter the lungs to increase respiration, while the tannins loosen mucus to dry the sinuses and decrease phlegm. Get ready for a purple tongue from the deep cherry colors!

Plantain (Plantago coronopus): Ever been out hiking and someone cut themselves, wishing there was a way to stop the bleeding faster? Well, the answer is growing alongside almost any road. Simply chew up a good ol’ handful of plantain leaves and put it on the wound to create a natural poultice. This happens from its constituent called allantoin, which promotes tissue regeneration. Plantain are humble weeds that promote antiseptic, antimicrobial, germicidal and antibacterial properties. It’s a go-to for any kind of bite, irritation, rash, sting, or wound. Plantain has a unique ability to draw poisons and toxins out of the body, making it an exceptional option for treating poisonous bites and stings when someone is stuck with no other treatments out in the wild.

Please consult your medical professional before treating yourself or others with this or any other herbal remedy.

Read Next: 8 Tips For Healing PCOS: How One Woman Reversed Her Diagnosis