How To Jumpstart Your Morning with A Mushroom Latte 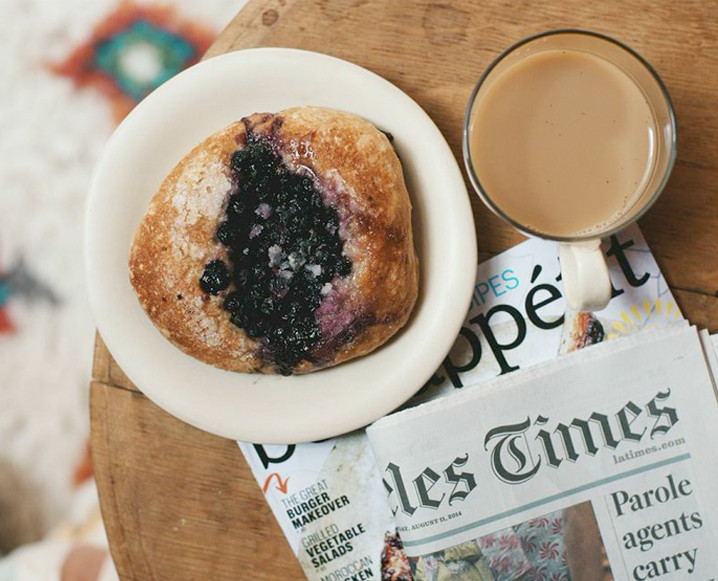 You may have heard: we have a thing for superfood lattes. Think of them as warm smoothies – with a punch of caffeine. One thing that makes it into our potiony drink rotation every week is chaga. While you may be fatigued and strangely-named new superfoods, the health benefits of chaga shouldn’t be ignored.

Chaga mushroom has historically been used in Russia and parts of Asia by medicine practitioners for everything from fibromyalgia to cancer, IBS to other nerve, immune and heart-related conditions. Some forms of chaga are so high in antioxidants they blow most other ‘supers’ away.

The most impressive form of chaga we’ve found comes from Wild Remedies. Their unique preparation is as strong as we’ve found on the market, but that’s not what drew us to it. Since superfood lattes are often something we build on-the-go, what first drew us to Wild Remedies was the cute tin. It’s purse-sized, spill-proof and pretty darned elegant. Their chaga is blended with high-quality Ceylon cinnamon (an incredibly powerful food on it’s own). Think of it as a major upgrade from the coffee shop cinnamon shaker.

Explore the benefits of chaga in-depth here and check out these notes on the power ‘shroom from author and botanical researcher, Arthur Haines…

This mushroom has an extremely high oxygen-radical-absorbency-capacity value (ORAC) — which measures the ability to absorb and stop dangerous oxidation and free radicals before they can cause damage to your cells and accelerate aging.

As the antioxidants in chaga (including melanin; Babitskaya et al. 2000) are able to protect DNA from damage, this fungus is considered to be genoprotective. Supports Digestion

Najafzadeh et al. (2007) showed that the antioxidant properties of chaga could have tremendous benefit when dealing with certain gastro-intestinal disorders, such as inflammatory bowel disease (IBD).

Antineoplastics are agents that prevent the development, growth and spread of cancerous cells. Chaga has been used against several types of cancer due to its antineoplastic action.

The cell walls of fungi contain special kinds of carbohydrates consisting of long chains of sugars called polysaccharides (Marley 2009). These polysaccharides are structural components, providing strength and rigidity to the cells. Many fungi, including chaga, contain a group of polysaccharides called glucans, which are high molecular-weight polysaccharides and are well known for their pharmacological activity. Glucans are potent immune system modulators.

Chaga functions as an antidiabetic through lowering blood glucose levels. An increased level of glucose in the blood following meals plays a role in the development of Type 2 diabetes. Polysaccharides in chaga have been shown to inhibit alpha-glucosidase, a carbohydrate-hydrolyzing enzyme (Chen et al. 2010). Through inhibiting this enzyme, chaga acts as a hypoglycemic agent by retarding glucose absorption in digestive organs, preventing hyperglycemia following meals.

Check out Wild Remedies for yourself and let us know what you think!