GMOs 101: Everything You Need to Know From An Industry Leader 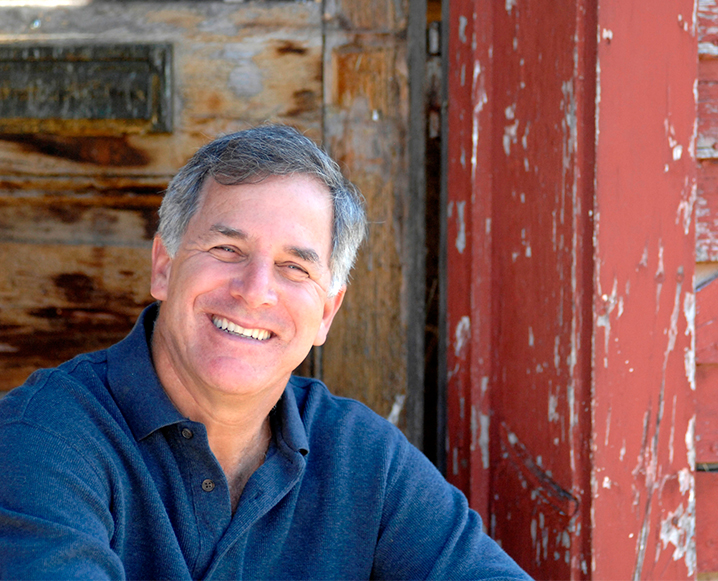 Gary Hirshberg of organic yogurt producer, Stonyfield Farms, first began making yogurt on a local farm to help support a nonprofit organic farming school in the 80’s. With a mission to support healthful food practices and protect local farmers, Gary couldn’t have known he’d soon lead one of the most prominent organic dairy providers in grocery stores today. Stonyfield Farms is committed to creating products free of pesticides, artificial hormones, antibiotics and GMOs and Gary is a founding partner of Just Label It, an organization formed to educate the public abut the value of organic foods and protect consumers by promoting the labeling of GMO’s.

So, what is this GMO buzz and controversy all about? October is non-GMO month and we knew Gary would be the right person to guide us through the issue A to Z. We’ve asked Gary to tell us about the difference between ‘natural’ and ‘organic’ foods and how to ‘vote with our groceries’…

The Chalkboard Mag: If you wouldn’t mind, what are GMOs?

Gary Hirshberg: Genetically modified organisms, or GMOs, are genetically engineered foods: organisms that have been created through application of transgenic, gene-splicing techniques that are part of biotechnology. These transgenic methods for moving genes around are also called “genetic engineering,” or GE.

This relatively new science allows DNA (genetic material) from one species to be transferred into another species, creating transgenic organisms with combinations of genes from plants, animals, bacteria, and even viral gene pools. The mixing of genes from different species that have never shared genes in the past is what makes GMOs so unique.

When it comes to your food, it usually means that scientists figured out how to manipulate plants at the genetic level to do things like resist damage from pesticides. Unlike selective breeding, a practice farmers have been using for years that matches up plants or animals with desirable traits to reproduce naturally, GMOs are made in the lab. And they don’t just breed one kind of corn with another kind of corn. They breed one kind of corn with, for example, a pesticide. When the corn grows, it produces a pesticide within itself. Our blog also explains this process in detail.

TCM: Why were GMOs created in the first place?

GH: Industry developed GMO crops and introduced them to the market with the promise of higher crop yields, but the only things that have increased are the use of toxic herbicides and pesticides, the number of resistant weeds and bugs, contaminated crops and chemical industry profits. In fact, overall, pesticide use has increased by 7 percent (527 million pounds) since GMO crops were introduced. Forty-two million pounds of pesticides are used annually producing the feed given to dairy cows that produce non-organic milk products. (Benbrook, Charles. “Impacts of genetically engineered crops on pesticide use in the U.S. — the first sixteen years.” Environmental Science Europe, 2012 24:24.)

TCM: What is so dangerous about genetically engineered foods?

GH: One very tangible and immediate concerns is the increased use of pesticides.Most GMO crops are engineered to be “herbicide tolerant” but overuse of herbicides has resulted in “superweeds” that are resistant to the very chemicals that are supposed to kill them. As these weeds have grown more common and more resistant on farms, the use of pesticides increased in order to maintain crops.

Scientific studies are beginning to show that exposure to pesticides can lead to health and behavioral problems, especially among infants and children. According to the President’s Cancer Panel, eating food grown without pesticides can also help decrease the risk of contracting cancer.

And that’s just scratching the surface. There’s too much we don’t know about the effects of GMOs because long-term studies have not been done – and what we do know about the link between GMOs and pesticides isn’t pretty. That’s why foods produced with GMOs should be labeled. By labeling foods made with GMOs, we all can choose what kind of food we want, as well as what kind of farming practices we want to support. We’d have the choice to collectively curb the increase in pesticide use that’s been proven bad for us. And we could opt out of the giant science experiment happening in our food system.

Right now consumers in over 60 countries, including Australia, Japan and all the countries of the European Union know what they are buying because their governments require GMO foods to be labeled.

TCM: How can we as consumers avoid GMOs?

GH: Eat organic foods: Besides knowing your farmer, the Certified Organic seal is the only way to be absolutely certain things like GMOs and toxic, persistent pesticides aren’t being used to make your food. Our study confirmed that there is a good deal of confusion when it comes to food labels. In particular, confusion arises when comparing the marketing-buzz term “natural” to the USDA Certified Organic seal. In fact, 56% of respondents incorrectly associated organic attributes, such as “made without the use of toxic persistent pesticides” and “made without the use of synthetic hormones,” to products labeled “natural.” Currently there are no standards for the term “natural” on food labels. Purchasing foods with the USDA Certified Organic seal is the only guarantee that the item was produced without the use of toxic persistent pesticides, synthetic hormones, antibiotics and GMOs. So, as a consumer, you can avoid GMOs by looking for the USDA Certified Organic seal on products like our Stonyfield yogurt.

Avoid non-organic processed foods: Since the majority of corn and soy in America are genetically engineered, GMOs are prevalent in processed foods which rely heavily on these ingredients for food processing.

Stonyfield is also really committed to providing consumers with information to empower them to avoid GMOs. On our blog, you can find helpful information and tips for you and your family.

TCM: How can people learn more and get involved?

GH: At Stonyfield we have always felt that the consumer has the power to change this country through their purchases. Every day is voting day at the grocery-store where you can choose what food system you want to promote by what you buy. People can get involved and make the first step by buying organic; that choice alone is a step in the right direction. You can also visit JustLabelIt.org to read more about the impact GMOs are having and how we’re trying to change our food system and educate consumers on why buying and eating organic food is a healthy choice.