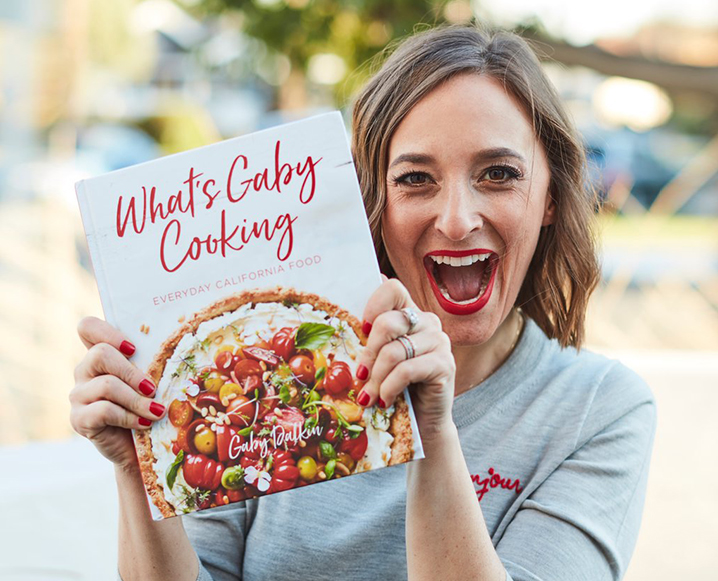 California girls do it better. Growing up where we have exactly one and a half seasons — ‘summer’and ‘slightly-chillier-than summer’ — we’re spoiled by endless beautiful produce and a deep love for the great outdoors from which such beautiful, nourishing foods come. Our food reflects a fine balance between freshness and infatuation-worthy indulgence, which is why we have so much affection for Gaby Dalkin’s cooking.

California cuisine isn’t all about avo toast and extra-guac burrito bowls – though they’re certainly cultural staples – and Gaby is on a mission to help define it more clearly.

Darling editor, Teresa Miller Archer, recently met up with Gaby Dalkin for a trip to the Santa Monica farmers market that we’re sharing below – and today Gaby hits the market over on our Instagram Stories!

There is absolutely nothing wrong with my average Wednesday morning, usually spent sorting through email and ideating with my co-workers here in the Darling Media office, but when I was asked if I could meet up with Gaby Dalkin at the farmer’s market in Santa Monica, I leapt at the chance.

First of all, the market itself is a veritable riot of color, especially given the Californian produce universe, which I liken to a Mediterranean dream. When asked what grows here, I usually tell people, “Almost everything that you imagine in Italy and Greece.” “Figs?” Check. “Wine grapes?” Check. “Avocados?” Obviously.

The brunt of my excitement, however, was focused on chatting with a woman who has taken those Californian staples and crafted for herself a social, blog and video space to share the beauty of well-rounded cooking with anyone with eyes and ears (and a healthy appetite).

Dalkin is relaxed and smart in person, and as we nipped from stall to stall, she began to tell me about how she went from pre-med to author and chef. 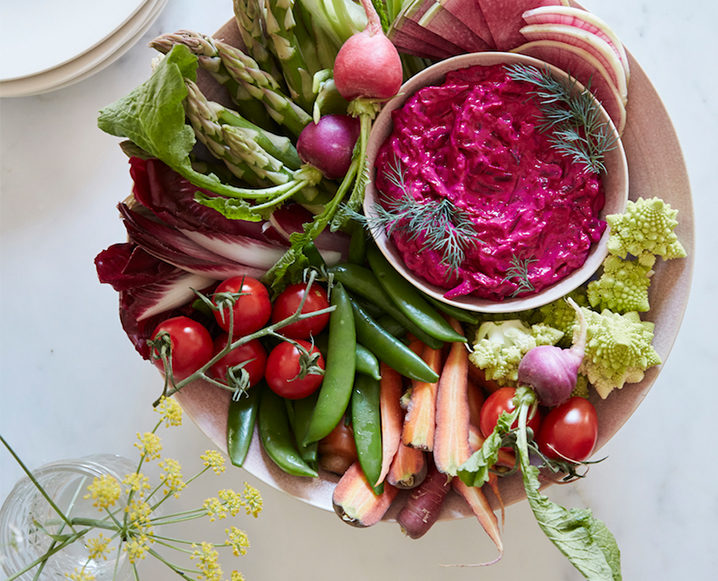 “Well, I decided that once I went into O-Chem that it was awful!” Dalkin told me as she stopped to peruse the new take on mandarin hitting the markets. “My whole family are doctors, so I think that’s probably why I thought I wanted to do it. I dropped out my junior year and went to business school, and then shortly after that, moved to LA and decided to go to culinary school. While I was in culinary school, I got a job to be a private chef for a family in Malibu, so I took that, and then I started the blog at the same time and it all just snowballed. Now my second book is coming out in April and my first product line came out last spring with Williams Sonoma. It was all very random; I never intended to be in the food world, but I would never change it.”

Why would you change a perfectly-tailored job? Dalkin admitted as we chatted about being women in highly competitive, creative industries, that she hardly ever stops working, but there was no apology there. She and her husband travel often, particularly between Los Angeles and Seattle where he sometimes has work engagements, and adding that to a plethora of photoshoots and now video content, the woman hustles hard.

Yet still, what you notice on her site is really the sensibility of it: It’s easy, like Sunday morning (at which time of day I for one would highly enjoy being in her kitchen). Despite her healthy ambition, Dalkin doesn’t want fame that comes at the cost of creative control; she prefers to stay self-employed.

“I don’t need a big network,” she told me between exclamations over locally-foraged mushrooms. “I can produce all this content on my own. In today’s world, it is so easy and liberating to create content on your own, and not have to have 18 people on set to micro-manage how you’re picking up a cracker.”

Despite her healthy ambition, Dalkin doesn’t want fame that comes at the cost of creative control; she prefers to stay self-employed. 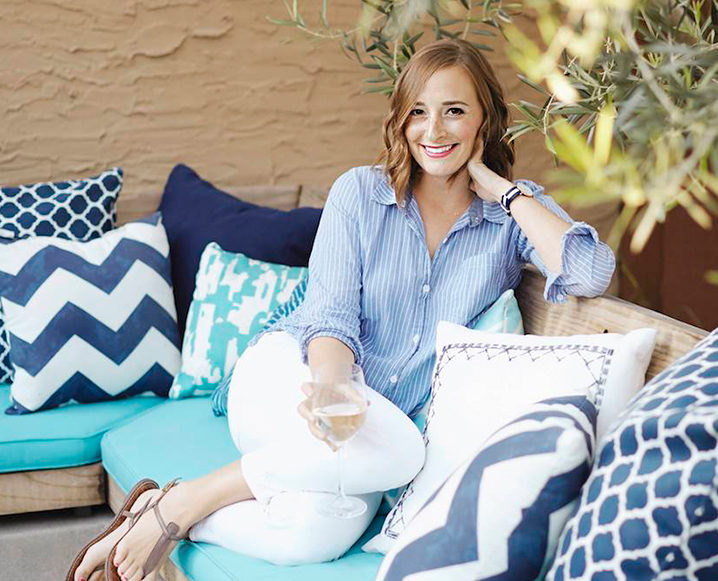 By the time we arrived at the coffee shop, I was holding my small bag of blood oranges, but Dalkin had an entire box, donated by a stall owner who heard her sheepish confession that she once again underestimated how many things she would want to buy. I commented on her quick pace, and she was enthusiastic about where her site is going in terms of health awareness. She told me:

“The whole What’s Gaby Cooking brand and the California-girl-way of eating is very much about being balanced. So, if I’m having a loaded salad for lunch then I can have some sort of crazy brownie or pizza for dinner. Also, I work out a lot because I eat so much so I think the whole balance thing is really important to me personally, and I think my readers like it too. I have just recently started talking about fitness and sharing some behind the scenes of my trainers or my sessions of working out and people are loving it!”

I agreed; her entire outlook on the relationship between food, health and comfortability is a welcome respite from an arena over-saturated with more seemingly neurotic, even guilt-embracing content. Dalkin herself highly praises normalcy in the kitchen and around food, as she noted,

“I think just being calm in the kitchen makes you able to try something, and if it doesn’t work then it doesn’t work, but at least you tried it. I’m so excited about my new cookbook. Every recipe has a photo, which I think is so important, and there are 95 percent recipes that are not on my blog. There’s a little bit of everything, and what I’m most excited about is that I actually think that everybody will be pumped about every recipe – there is nothing too complicated. That’s what’s so special about food, just using really simple ingredients can totally transform a recipe.”

Safe to say my time with Dalkin was both refreshing, and exciting, because I always love to meet women who are unafraid to forge out a path where one hasn’t yet been made for them. It’s an added bonus when they additionally send you their tried-and-true without fail cookie recipe.

Discover our fave dinner party planning tips from Gaby and a few other foodies we love here.