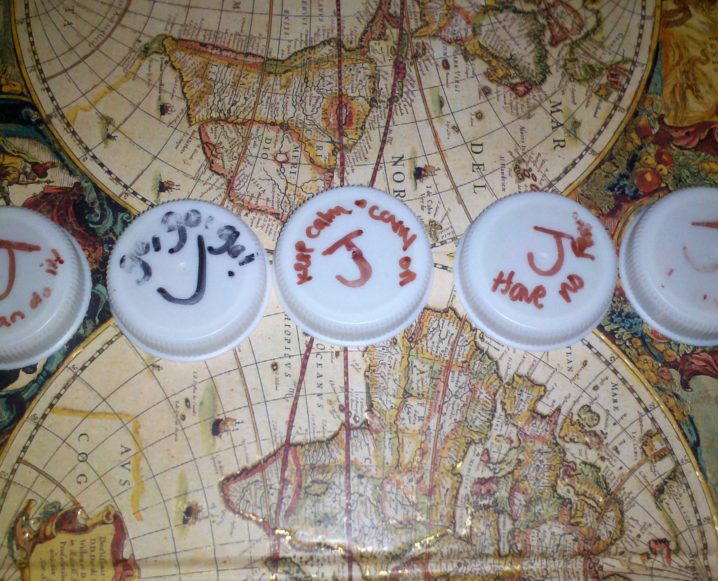 Last Thursday I went to the place I once called home in Orange County and spent the weekend recovering from eye corrective surgery. Under strict orders from my optometrist, I wasn’t supposed to look at any e-mails or stress over any type of work – just sit and veg on the couch, sleep A LOT, and watch movies (hey, can I get eye surgery every weekend?).

Prior to last weekend, I was nervous about how these four days were going to affect my diet. My parents have really good taste in food that’s bad for your body. So much of our family experience is eating together, and I was sure it would be hard for me to sit by and watch them relish in delicious meals while I sipped my green juice. I had shared this worry with the girls, so Ashleigh took me to the grocery store on Thursday before my surgery and showed me some raw vegan snacks I could enjoy while my parents were ordering pizza and fileting steaks and doing all sorts of magical and torturous things to me. It was still a tough weekend to get through, but I’m proud to say I did it without cheating. And even got my dad and brother to try some of my raw-vegan foods too!

On top of the precious family time, I don’t think I can express just how nice it was to catch up on some good old-fashioned entertainment without guilt over all the other things I should be doing. I re-watched the entire first season of Downton Abbey and remembered why I didn’t like Mary. I fawned over Montgomery Clift in the first 20 minutes of A Place In the Sun… and was incredibly creeped out and depressed by him for the remaining 101 minutes. And then, I capped off my weekend with a blissful reunion with Lord of the Rings: The Fellowship of the Ring. 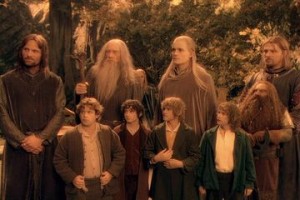 First and foremost, I just want to say that watching the Lord of the Rings alone is really sad. It’s a story about people coming together and embarking on an epic journey. It’s also about being brave. There isn’t very much that’s brave about sitting on a couch by yourself and eating strawberries in your pajamas (for example). Truth be told, it left me feeling a little pathetic.

Being alone isn’t always a bad thing for me… in fact, I usually treasure the times I get to be by myself. But in that particular instance, being alone caused me to think about who I’d rather be with. I thought about my friends. Four of them in particular. Namely the four other maniacs posting on this blog. I started to really miss my roommates and be thankful for how much they take care of and look out for me.

I’ve been collecting my Pressed juice bottle caps ever since we started this diet because the very first week, I opened the fridge to find encouragements written on the tops of my juices. You can see a few of them in the featured picture. Among the caps I have included are the words:  “You can do it!”, “Have no fear”, “I love you a lot”, and my personal favorite, “Keep calm and carry on.”

It’s pretty cool – I guess I have my very own fellowship in my Los Angeles apartment.  Ashleigh  is Frodo – the one who originally set out on the raw food journey and thought she always had to do it alone. Adrian is Samwise – the faithful companion who never loses heart, not even when things get dark or happiness seems far away to everyone else. Christina is Gandalf… yes, Gandalf. You wouldn’t know it by looking at her, but she is an old soul who says wise things and always seems really tall. Which pretty much amounts to the same thing. Maydelle and I are Merry and Pippin (respectively, of course) – trouble makers who are always complaining that there isn’t enough to eat.

Thanks for reading. – Jenna