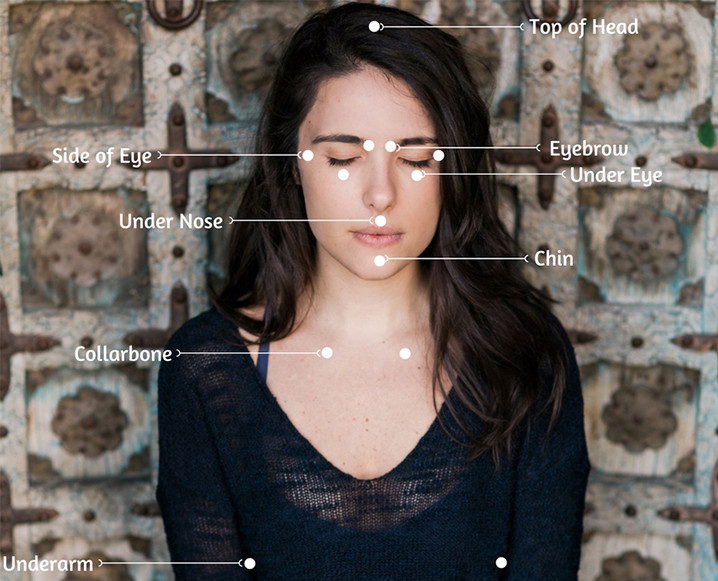 Letting go of pain from our past is hard work, sometimes even more emotionally overwhelming than the initial trauma. We owe it to ourselves to heal – or at least to try – and EFT tapping is a unique resource for just that.

Integrative nutritionist, Jennie Miremadi, recently walked us though an introduction to this amazing therapeutic tool. Below, Jennie is diving deeper into the topic of EFT tapping with insights on creating a more impactful experience and a recipe for a personal practice to try at home…

Although EFT was once relatively unknown, there are several million people around the world who have either been exposed to it or have practiced it. Professional athletes are increasingly using it, including during the 2016 Olympic games; YouTube is flooded with videos demonstrating the practice. Despite EFT’s increasing popularity and the research supporting its use (discussed in Part I), I have read stories of and met people who have said that they’ve previously tried EFT and either it didn’t work or its effects didn’t last. If EFT has the potential for remarkable results, why do some people have lackluster experiences with it?

I believe that many people who fail to receive benefits from EFT aren’t tailoring the EFT to their own individual experiences when using it on an issue or belief. For example, someone might use EFT on the broad belief of “I’m afraid of heights,” rather than that specific time when the person was 5 years old and fell out a window. This broad, general approach to EFT can be seen in some YouTube videos where the EFT practitioner focuses on a general issue like money or love, and has people tap on broad, global statements about these issues. You can also see this general approach to EFT occurring with some “tapping scripts,” which are word-by-word, written instructions that a person can read and repeat while tapping on a particular issue. These scripts have become very popular in the EFT world for those who seek detailed guidance on how to use EFT on an issue. There are tapping scripts for stress, procrastination, self-sabotage, rejection and weight management. Whatever the issue, there is probably a tapping script for it.

Although many people claim to have been helped by such videos or scripts, these general approaches are unlikely to get to the core of each person’s individual issues. If we form beliefs about ourselves based upon specific events that have happened in our lives, we should use EFT on those specific events if we want to clear the belief. A generalized video or tapping script is unlikely to accomplish this and will likely provide only partial benefits, if any.

How To Personalize EFT Tapping

Specificity is key in EFT. If you want the possibility of benefiting from EFT, steer clear of EFT that focuses on global issues. Instead, focus on being specific. In fact, before you start doing any EFT, pick a specific event, or, if you’re concerned about a general issue, pick a particular incident showing how that belief, issue, or problem is actually a problem.

Try asking yourself some of these questions to identify prior experiences related to your issue: When do you first remember feeling this way? What was happening in your life when you first felt this way? Do you remember an event that gave rise to this belief? Does this current issue remind you of an event from your past? Are there other events that contributed to this issue? Are there other times when you felt this way?

Make a list of the specific events that come up when you ask yourself these questions. Then, use EFT on all of the particular incidents that you identify.

If you are having trouble identifying specific events related to an issue or belief, consider using a practice called the Personal Peace Procedure instead. In the Personal Peace Procedure, rather than focusing on issues, you make a list of every specific event from your past that evokes a negative emotion and, one by one, use EFT to remove or reduce the emotional intensity of each of those events.

Regardless of whether you identify specific events related to an issue, or you work off of a list of past events not tied to any specific issue, make sure you have a particular event in mind before you start doing EFT. Once you’ve identified a particular event, rate how much that event bothers you now (as opposed to how much it bothered you when it happened) on a scale from 0 to 10, with 10 being the most bothersome and 0 not at all bothersome. When you think about the event, if you feel an emotion that troubles you, such as anger, fear, or sadness, identify the emotion and rate its intensity. And, when you think about the event, if you feel a body sensation that bothers you, such as a pit in your stomach, make a note of it and identify its intensity. Write down your number(s). This is how you will assess whether the EFT is working.

How to do EFT Tapping on yourself

Rate. Imagine that the event you are working on is falling off a horse at age seven. When you think about this event, you feel fear and the intensity is 8. Give the event a specific title, such as “falling off the horse event.”

Tap. take the tips of your index and middle finger and start tapping about 7 times on each meridian point identified in the photo, beginning at the eyebrow meridian point, moving to the side of eye, under eye, under nose, chin and collarbone points. Switch to using all four fingers for the underarm point, and end by tapping with all four fingers on the top of head point. While tapping on each meridian point, repeat your title phrase, such as, “This falling off the horse event.” For the meridian points that have two sides – eyebrow, side of eye, under eye, collarbone, and underarm – you can either use the fingertips of both hands to tap on the meridian points at the same time, or switch sides while tapping-tapping first on the right and then on the left, and vice versa.

Review.After you complete the entire sequence, retest how much the “falling off the horse event” bothers you when you think about it now. If your fear hasn’t reached 0, repeat the tapping sequence, but change the setup phrase to indicate that the event isn’t yet resolved. You could say, “Even though I still have a small amount of this falling off the horse event, I deeply and completely accept myself.”

Repeat. While tapping on the meridian points, repeat a reminder phrase along the lines of “this persisting falling off the horse event.” Keep repeating the tapping sequence until your fear is reduced to 0.

While qualified EFT practitioners have many different techniques at their disposal to help you move through events and issues, and may be able to take you deeper than you would be able to go yourself, it is totally possible to obtain benefits from EFT by using the EFT Basic Recipe on your own.*

Now that you understand the potential impact EFT can have when done correctly, imagine the powerful shifts you might be able to create in your life if you use EFT on a regular basis. I believe that we all have the power to create the lives that we want for ourselves; EFT is an extraordinary tool with the potential to help us get there.

*If you have suffered abuse, or been the victim of a crime or serious trauma, my heart goes out to you and I wish you relief from your pain. In order to get the help that you deserve, please avoid using EFT on your own and seek assistance from a qualified professional who can guide and support you.