Dr. Christiane Northrup on Awareness + The Magic of Life 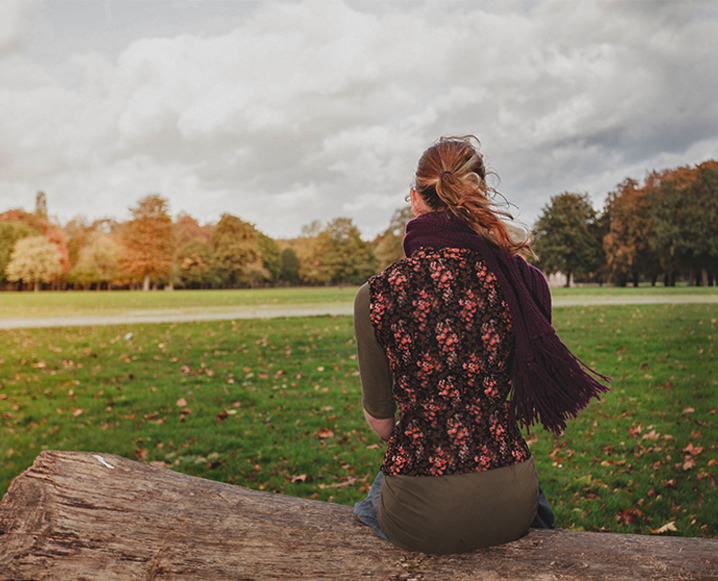 In this final essay from Dr. Christiane Northrup, our November Guest Editor dives head first into her thoughts on encountering what she calls “big magic.” Whether honoring the powerful sense of connection we feel when going totally off the grid and into nature or feeling the support of something completely supernatural as we make our way through the important work of our lives, Dr. Christiane reminds us to be open to what lays beyond our natural boundaries…

Magic abounds. It’s everywhere. We just have to invite it in. And notice it when it happens. I want to share some big magic from my life this summer as a way to spark your own. And yes, I love the term Big Magic – which also happens to be the title of one of my favorite new books by Elizabeth Gilbert. Here we go!

This past summer I journeyed to Mt Shasta in Northern California – a place that my good friend Dr. Deb Kern had always dreamed of visiting. And so she organized a retreat. Mt Shasta is said to be the home of the ancient Lemurians and also the place where the archangels come to the Earth. Whatever you believe, one thing is certain. The Mt Shasta area is a very special power spot on planet Earth. It is also almost completely free of EMF’s (electromagnetic frequencies from cell towers, etc.). You can feel the high vibration and purity of the place. And you can’t get a cell signal most of the time either.

I stayed at a place called Stewart Springs, which features a huge wood-heated sauna (one of the few remaining in the U.S.), special tubs for soaking in the mineral-rich spring waters, and also massage areas. I learned that Stewart Springs has both a male and female spring that come out of the ground at the same place. The female spring leaves a red residue from the iron in it. While the male spring leaves a white residue from calcite. It is the male spring water that is used in the baths and in the plunge pool for after the sauna. Apparently the female spring water “eats” the pipes and can’t be used. At the place where the two springs emerge from the earth, there is a gazebo with a clear dome so that you can look down to observe them. The open-air gazebo also has a large altar where people have left notes, crystals, pictures, and various sacred objects as a kind of homage to this most special place – and the energies of masculine and feminine that arise side by side from inside the Earth.

I loved being at this gazebo and left an offering along with a prayer and an intention to merge the male and female energies within myself. How divinely orchestrated it felt to be at this one place on the planet where the male and female energies merge. Especially since the planets Mars and Venus have been doing a very special and unusual dance in the sky – coming together on three separate occasions in 2015. The first was in February, the second was August 31, and the third and final conjunction is November 2. There is an ancient saying attributed to Hermes Trismegistus, the founder of the Hermetic tradition, a mystic path of divine union, which is “As above, so below.” What goes on in the heavens affects us profoundly here on Earth.

So this year, I’m sure you have noticed that countless relationships, including those of many celebrities, have broken up. That is because the Mars/Venus conjunctions in the sky above are urging us to be whole down here on Earth. Here’s what that means. Everyone single one of us – whether male, female, gay , or transgendered has an inner Mars and an inner Venus. Mars represents the part of us that is the go-getter. Our zoom zoom. The part of us that goes out and gets it done. Mars is associated with masculinity. And women very often project this part of themselves on a man instead of “owning” their own Mars. Believe me, I sure did until I woke up following my divorce years ago. Likewise, we all have an inner Venus – which is all about receptivity, beauty, and self worth. Again, many men project this feminine side onto women instead of owning that tender deserving part of themselves. The Mars/Venus conjunctions of this year have been nudging every single one of us to become whole by withdrawing the projections on others and becoming whole beings within ourselves.

Take the moon for example. The moon rules the flow of the tides on planet earth. And it also rules the flow of fluid in our bodies. When women live close to the land with natural light, they tend to get their periods at the dark of the moon and ovulate at the full moon. Though many have lost that connection consciously, it is never really lost.

While at Shasta, I learned that there is only one other place on Earth where male and female springs arise at the same place. Glastonbury, England. At the White Springs (male) and the Chalice Well (female). I couldn’t believe my ears when I heard this. I had planned a pilgrimage to Glastonbury nearly a year before – something that I had always wanted to do. Divine guidance had orchestrated a most profound manifestation of Mars/Venus energy in my life.

Here’s the thing. I really don’t like to travel much – especially long plane trips. And so I usually don’t. But this year, I somehow managed (not consciously) to be at two spiritual retreats in the only two places on Earth where this male/female phenomenon happens. Mystical, my friends.

My fellow pilgrims to Glastonbury were also perfectly divine. Meggan Watterson, the gorgeous religious scholar, devotee of Mary Magdalene, and author of Reveal, and Kyle Gray, a tattooed, hilarious DJ angel intuitive and communicator from Glasgow, Scotland and author of Wings of Forgiveness. I am wise enough to unabashedly choose my travel companions wisely. They have to be fun. And know how to be fun without needing recreational substances to relax!

While driving, we saw Stonehenge out the window – standing majestically in the field. And I was reminded that this Neolithic structure, as well as many others, were built in such a way that the sun hits it in a certain way on both the winter and summer solstices. And a million or more people come to visit each year. Another sacred power spot on planet Earth. Another reminder of our connection to the Earth is sacred.

While at Glastonbury, we visited the male White Spring, which is covered by a gothic stone structure – complete with pools and altars to both the Goddess and to the Horned God – Venus and Mars, if you will. We sang a song to the Goddess. And left offerings for both the male and female aspects of Divinity. And then we visited the Chalice Well (female) – with it’s beautiful depictions of the Vesica Piscis both in the walkway leading to it and also in the covering of the well itself. The Vesica Piscis is comprised of two intersecting circles symbolizing the union of spirit and matter or masculine and feminine. We filled bottles with Chalice Well water to bring back home. And bathed some crystals in the spring water. Crystals hold and magnify energy. We gave them a good charge!

One of the highlights of the trip for me was a visit to St Margaret’s Chapel, a part of the huge Glastonbury Cathedral. I did my obstetrical training at the former St. Margaret’s Hospital for Women on the top of Dorchester Hill in Boston back in the day. St Margaret of Scotland spent her life in service, loving everyone unconditionally. She is associated with the divine feminine (which I didn’t know until just now when I looked it up. And then got chills – a sure sign of a spiritual connection.) Each day at St Margaret’s began with Sister Anna reading morning prayers over the loud speaker – prayers that could be heard throughout the hospital even as we performed a difficult delivery or a C-section. Even when we were resuscitating a baby. I always felt comforted by those prayers.

There was also a plaque at the scrub sink that I’d read before going into surgery. It was a prayer to Archangel Raphael, the great healer. And though I don’t remember the words, the gist of it was that we prayed that Archangel Raphael would work through us while we operated so that we could be a force for healing. I loved knowing that I wasn’t alone in the operating room. And that forces greater than me were helping. If you think you’re doing all this alone, it makes for a huge amount of stress that is unnecessary. Yes, you have to master surgical skills, and anatomy, and know how to tie knots if you are a surgeon. No matter what you find yourself doing, there is no short cut to mastering your trade or profession through work and discipline and time spent. That’s a given.

But when you also invite in the Big Magic, while also working diligently, you soon realize that there are forces much greater than your own intellect that you can call on to assist you with all aspects of your life. And nothing is more exhilarating. So, what Big Magic is happening in your life right now?