An Awesome Foundation That Celebrates Creative Activism At Home & Abroad 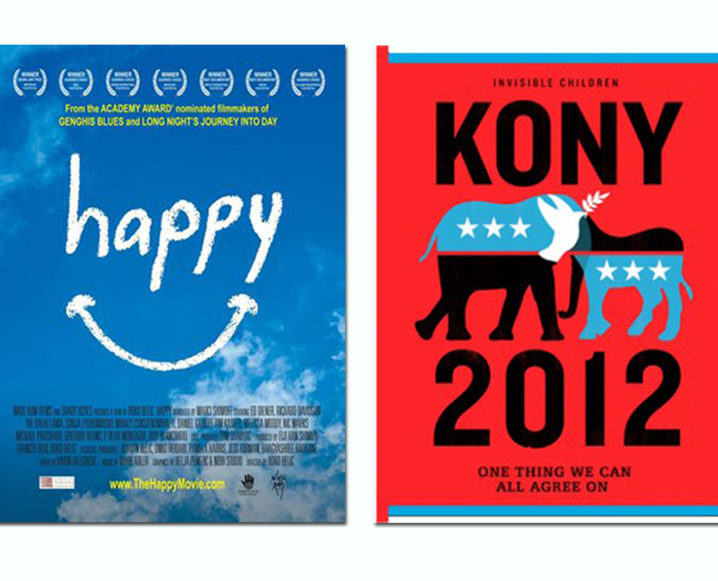 Every month at Pressed Juicery, a charity is selected for which a portion of each Friday’s proceeds are set aside. This month, that charity is the inspiring and energetic Creative Visions Foundation, run by one family with an incredible tale.

In the early 90’s, Kathy Eldon and her family lost their son Dan, an inspired artist and photojournalist, in the conflict in Somalia. Ever since that tragic event, the family has become a force to stir, stoke, support and organize young creative activists who wish to make some kind of impact on their world, just as their son did.  They are armed with the beautiful writings, photos and artistic journals their son has left behind. Dan Eldon’s unique writings have been preserved, published and have served as an inspiration to both established entertainers and politicians as well as up-and-coming artists and activists.

As part of their cause, the Eldon’s Creative Visions Foundation finds ways to honor young creatives who are making a difference with their work. This month, CVF will be rolling out the red carpet with a one-of-a-kind gala here in LA honoring 3 incredible projects that have had a special impact on the world this year: Caine’s Arcade, Invisible Children and Roko Belic. Joining the celebration in Santa Monica are presenters Chris Nolan,  Maria Bello, Lindsey Price and a slew of Hollywood’s creative elite. (To join in on the celebration September 20th see event information below.)

Ever seeking to foster and support the work of creative artists who are impacting our world, awards galas are just a small part of what Creative Visions does. Their offices are ever abuzz with forums and roundtables connecting Hollywood’s leading creatives with young activists, their projects and ideas. Recently, we were delighted to watch tapings of a recent forum with the folks from Invisible Children discussing with a responsible community all that could be learned from the drama surrounding the viral Make Kony Famous campaign. Building this kind of forward-thinking and positive dialogue is something we’re happy to support.  Creative Visions is a dynamic charity and this month we’re happy to be a small part of what they do!

The Turn On LA Gala

Turn on LA this Thursday, September 20th, by joining in on the reception, dinner and celebratory presentation of the Dan Eldon Award for Creative Activism. Auction, special appearances and performances to follow.

Check out the incredible organizations and projects being honored this year!

Who they are:  Roko’s relationship with Creative Visions Foundation spans years and continents, beginning on safari through Africa with Dan Eldon, Amy Eldon Turteltaub, and Chris Nolan.  Since then Roko has evolved into a prominent filmmaker.  His work has received an Oscar nomination for best documentary feature and has garnered the support of Tom Shadyac, executive producer of Roko’s most recent project ‘Happy’.

A little about the project:  ‘Happy’ is a documentary that travels the world to explore the power and mystery of human happiness.  With a force of nearly 20,000 Facebook fans, Happy declared February 11, 2012 World Happy Day, holding over 600 screenings of the documentary in 60 countries on all 7 continents.  It quickly became the number one documentary on iTunes and continues to gain international support and acclaim.

Who they are:  LA based filmmaker, digital strategist, and creative consultant Nirvan Mullick stumbled upon 9-year-old Caine Monroy and his cardboard arcade by a chance encounter.  That encounter transformed into a viral video, which now today, thanks to the support of the Goldhirsch Foundation, has developed into the Imagination Foundation.

A little about the project:  A short film about a young boy’s cardboard arcade, “Caine’s Arcade” has received over 6,000,000 views and has raised over $200,000.  Grown out of “Caine’s Arcade”, the Imagination Foundation finds, fosters, and funds creativity and entrepreneurship in kids.  With over 100 schools in 9 countries building cardboard arcades inspired by Caine, the Imagination Foundation’s short term goal is to scale a Project Based Learning model through their Global Day of Play campaign on October 2, 2012.

Be inspired by the viral sensation here: Watch ‘Caine’s Arcade’ on YouTube

Who they are:  Jason Russell came to Kathy and Amy inspired by Dan’s story and driven to make a difference.  Nearly ten years later, Jason Russell now serves as the founder of Invisible Children, a nonprofit that has touched the lives of hundreds of millions and has enlisted the support college campuses, celebrity culture-makers, and politicians alike.

A little about the project:  Invisible Children focuses its efforts on fighting to bring a permanent end to Lord’s Resistance Army atrocities in Africa.  This past March, Invisible Children’s Kony 2012 reached 100 million views faster than any other viral video to date, eliciting the formation of a force of five thousand troops from central African countries to hunt and stop war criminal Joseph Kony.

Check out the moving and controversial campaign here: Watch Kony 2012 on YouTube

To buy tickets for this special event please contact the Creative Visions team here. For more about the gala read more here.