Come Together: The Intersection Event 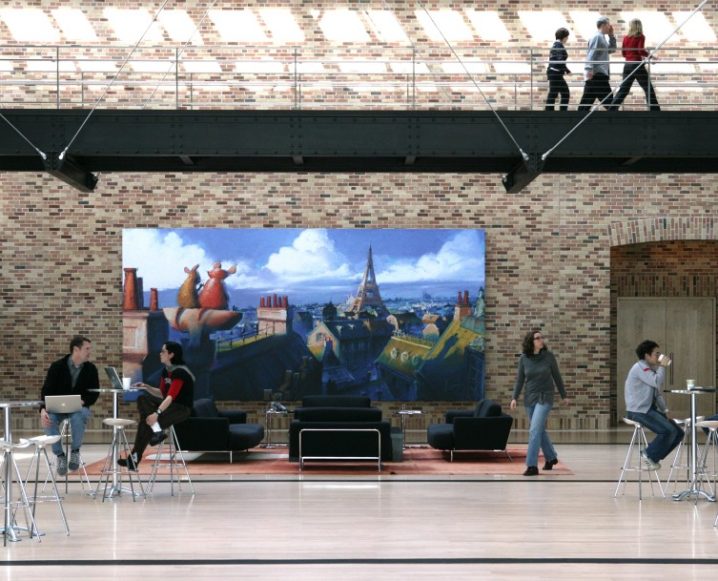 Throughout my travels and various speaking engagements evangelizing the modern and refreshing world of social good, I often reference one major catalyst for traditional capitalistic business: that being a vigorous and unwavering competitive fire.  The fuel from this spirit results in aggressive and age-old rivalries and provides incredible kindling to some of the world’s leading organizations, not only to create a greater separation between themselves and their various competitors, but also to simultaneously better their own corporations.  It’s hard to believe Apple without Microsoft, Nike without Adidas, Coke without Pepsi… and the list goes on and on.

What makes the world of social entrepreneurship so uniquely distinctive, exhilarating and truly remarkable is one of the many fundamental building blocks critical in its success.  By debunking the customary competitive nature of business and spreading genuine collaborative glue, social brand organizations are exposing and reemphasizing the importance of cooperative-collaboration.  These alliances are often discovered through creative and unexpected intersections.  The net result can be obvious as it directly relates to one of the most important drivers in the rapid growth of this sector.  The larger the body of social good business becomes, the greater the availability of goodwill and assistance to people across the globe.  Considering this end result, why wouldn’t social impact businesses band together to further bolster a true “strength in numbers” philosophy?

I was fortunate to be a part of an inaugural collective early this year aptly named The Intersection Event, which truly embodied the union of like-minded social goodness. January’s event was initiated by Randy Haykin, a Bay Area venture capitalist whose previous path wove him through a variety of corporate roles at AOL, Apple, Paramount/Viacom and IBM.  Alongside The Intersection Event, Haykin recently formed The Gratitude Network, designed to fund social entrepreneurs with revolutionary ideas having an impact on local, regional or national social issues. Hosted by Pixar inside their amazing studios in Emeryville, California, the fortunate first-time Intersection Event attendees were exposed to a fellow audience of impassioned social do-gooders along with a cadre of brilliantly curated presenters deemed trailblazers in a variety of fields of social change.  Leaders and founders from FEED, Pixar, Google, World Vision, IDEO, Walt Disney and Ashoka were a few of the many innovators sharing their incredible journeys and contributions and truly blurring an intersection of ideas from the sometimes disparate worlds of academia, entrepreneurship, technology and entertainment. This one-day event has quickly garnered respect as a preeminent leader in the “collision of innovation and social change”.

Experiences such as these normally provide an event-long adrenaline buzz – and that it did.  In most cases average organizers and attendees are hopeful this energy extends beyond just a few days, post-gathering.  Continuing in its unorthodox and innovative ways, The Intersection Event is also quashing that expectation as the team has launched a concerted effort to ensure it becomes a continuous, 365-day resource of social good networking, information gathering, resource sharing, crowd-sourcing and much, much more.  This innovative form of intersection is briskly codifying a greater global community and earning much deserved respect as an integral and valuable resource for social individuals and communities.

If you are looking for tools to crystallize your social good business or connections to better align yourself with other individuals and organizations in the social good sphere, joining their daily collective would be a great step.  They’ve made it easy to be a part of their extended family through a variety of touch points, including their main website, Facebook and Twitter.  While visiting their website you can also sign up early for the limited-space event to be held inside Google’s campus in January, 2013.

Krista Treide is a 20-year industry veteran whose background has linked her to brands such as Nike, Reebok, Diesel, UGG Australia, Michael Stars, Speedo, Teva, Seven for All Mankind amongst others.  After back-to-back, life-changing events in 2006 Krista shifted her focus to social good brand building and travels extensively to speak on behalf of social good business development while also working with companies to organically incorporate giving into their existing business model.  She consults many social good and nonprofit businesses around the world and serves as Partner/Chief Brand Officer for Made for Good.  Made for Good is a consortium of brands which all give back with every purchase.  It currently consists of GIVEN [a brand dedicated to World Vision], JEDIDIAH [Made for Good partners with a new nonprofit every six months – 2012’s partners are Nika Water Spring/Summer  and World Bicycle Relief Fall/Winter 2012] and MUSICARES [the nonprofit arm of the Grammys. You can find more information about the organization at http://www.madeforgood.com. Check back for the next installment from Krista Treide on thechalkboardmag.com to learn more about other social good businesses and resources.