On CBD + Promising Research On Depression 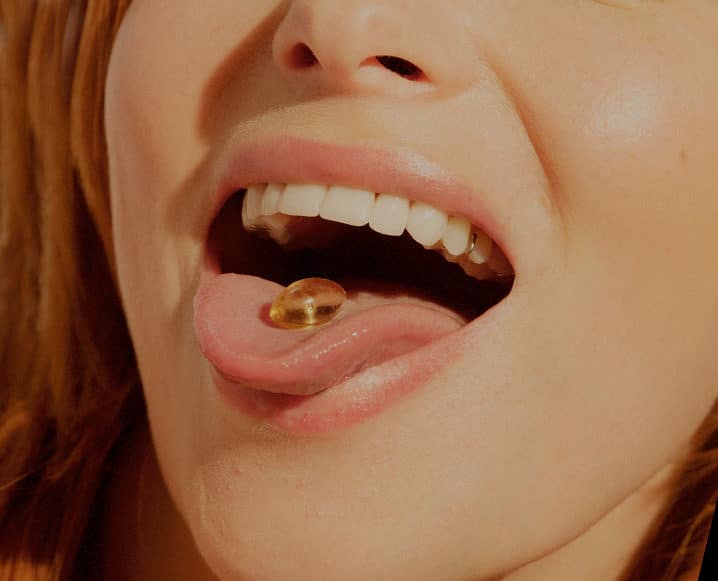 We’re constantly learning more about the functionality of CBD from one of our favorite brands in the space. From day one, the team behind Foria has been in full sprint to educate the public on the importance of CBD for a wide variety of conditions and concerns. Having met the team and enjoyed watching the brand’s rise to popularity, we’re sharing more from Foria — this time on the topic of mood and depression, something so many of us struggle with at this time of year more than any other.

TCM readers can now try Foria’s Basics tincture or capsules for 20% off—possibly the best gift you’ll get or give this season. Here’s the emerging research on CBD as it relates to mood and depression according to Foria…

Many people still believe that depression is caused by a chemical imbalance, a serotonin deficiency. But according to Genevieve R. Moore PhD, a Yale-educated biologist, while serotonin is definitely part of the big picture, the verdict is still out about who could use more or less serotonin—and depression is linked to many other neurotransmitter imbalances.

Depression is connected to conditions like inflammation and structural brain changes resulting from trauma or chronic stress—all of which could be the real cause of the imbalances that lead to mood changes. Ultimately, there is a wide net of influences contributing to whether or not a person gets trapped by depression. These include:

With so many different avenues leading to the condition, it should be no surprise that there is not one single miracle cure for depression. What helps a person recover from depression is highly individual. And those who take a multi-pronged approach to recovery may often have better results than those who depend on a single solution. 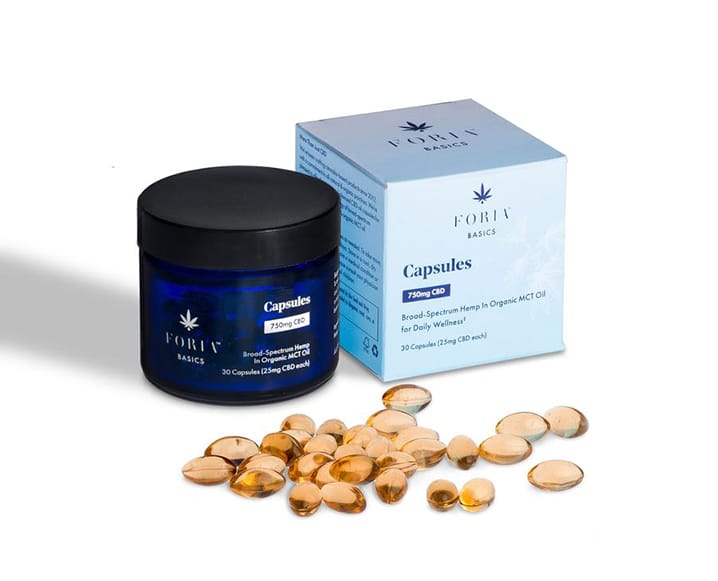 On Neural Regeneration + Healing Your Brain

Although SSRIs cause an immediate spike in serotonin levels, it can take weeks before mood improves, if at all. Scientifically speaking, serotonin levels may not be directly responsible for healing from depression—so what is?

It turns out that when people suffer from depression, a specific region of the brain known as the hippocampus can atrophy and even shrink (the hippocampus is responsible for memory, learning and emotion). Fortunately, this unique part of the brain is also capable of recovering. It can grow new neurons and form new connections (a process called “neurogenesis” or “neural regeneration”), something we once thought only young brains were capable of. But research has since revealed the ability of our brains to change throughout our lives, an ability named “neuroplasticity.”

The reason antidepressants work for some is that they actually stimulate neural regeneration in the hippocampus. This could be why antidepressants take weeks to kick in—brain neurons need time to heal, grow and form new connections. If this is news to you, that’s because the cutting edge of depression research right now is hippocampal neurogenesis.

What we’ve learned so far is that although antidepressants can help to stimulate neural regeneration, a wide variety of other lifestyle choices and supplements can also help with this process.

Cannabidiol recently gained FDA approval as a cannabis-derived drug to treat epileptic seizures. According to researchers, the major reason it works for seizures is that CBD protects neurons in the hippocampus—the exact brain area that is atrophied in depressed people—and there’s interesting evidence from both animal and human research. For example:

Human Evidence | Like depressed people, chronic users of THC tend to have a smaller hippocampus, but CBD (in higher-CBD cannabis) helps prevent this shrinking.

Scientists think CBD could protect or regenerate the hippocampus via the following pathways:

Brain-derived neurotrophic factor (BDNF) | This protein helps existing neurons survive, while encouraging the growth of new neurons and connections (synapses). Multiple rodent studies have observed that CBD increases BDNF levels in the hippocampus while simultaneously reducing depressive symptoms. (However, not all studies agree, so this continues to be investigated.)

Serotonin receptors | Similar to the antianxiety drug buspirone, CBD activates a type of serotonin receptor (5-HT1A). These receptors control a wide variety of other neurotransmitters, and buspirone has been shown to increase neurogenesis in the opossum hippocampus so it’s likely CBD could have similar effects.

PPARγ | When CBD binds to this receptor, it tells DNA to start manufacturing a wide range of neuron-protecting and anti-inflammatory compounds. Scientists recently discovered that this receptor also helps CBD stimulate hippocampal neurogenesis. 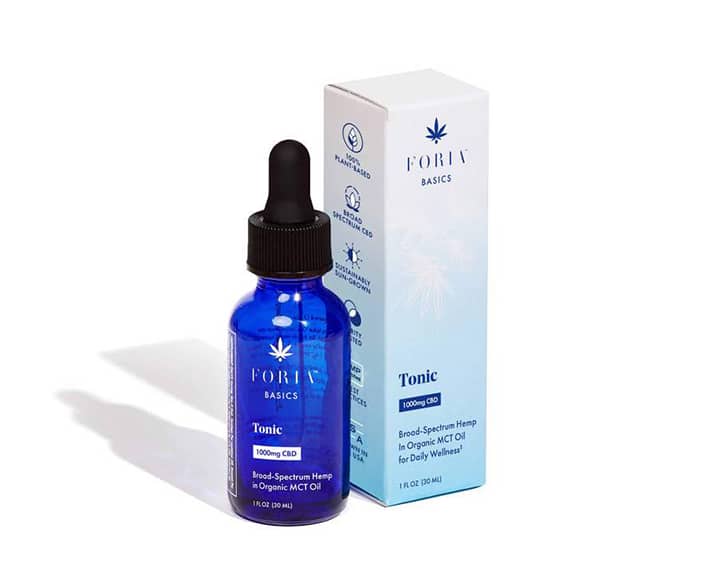 Clues That CBD May Help With Depression

It’s one thing to prove that CBD helps protect and grow neurons (which it does), but proving that it can be useful for treating a disease as complex as depression will be difficult. Although large-scale human trials are not available yet, preliminary evidence is promising:

the circumstantial evidence | There are conflicting reports about whether cannabis use contributes to depression or helps relieve it. However, when medical marijuana becomes available, young American men (ages 20-39) experience a drop in suicide rates. Also, a few years ago, a drug for weight loss was developed that worked exactly the opposite way from cannabis—by inhibiting the body’s endocannabinoid system. Shockingly, it was discontinued almost immediately because it drastically increased people’s risk for depression and suicide. Needless to say, the importance of endocannabinoids in mental health caught the attention of scientists.

Experimental evidence | Clinical trials are currently underway to examine CBD’s effectiveness at relieving anxiety, and anxiety can be a major contributor to depression. Although we lack controlled experiments testing CBD as a treatment for depressed humans, pre-clinical experiments on rodents have been promising. CBD helped relieve depression in rats, even when they also suffered from diabetes. However, this benefit wasn’t immediate: Scientists had to give them a few doses of CBD, starting 24 hours before testing. Another study found that a single dose of CBD had rapid antidepressant effects on both mice and rats, lasting up to seven days after the treatment. Additionally, in mice, CBD’s antidepressant effects are even more effective when combined with an SSRI. (In case you’re curious how scientists measure rodent depression: The most common experiment is to place mice or rats in deep water and record how long they keep swimming. The ones that give up faster are considered depressed. Don’t worry, the scientists don’t let them drown.)

Growing Your Brain Toward The Light

Depression is a mental trap. And it takes time and patience to rewire a depressed brain. If you suffer from depression, harmful mental patterns can be reinforced by everything from your own thoughts, to imbalanced neurochemistry, to unhealthy neural connections. You might need support in all three of these categories to find lasting recovery.

And there are many other ways to help your brain grow new neurons other than with CBD or antidepressants. (See our piece on natural ways to heal your hippocampus for more ideas to include in your self-care routine.) CBD is not a first-line depression treatment, although you might find it useful as part of a long-term recovery plan. If you’re in the middle of a crisis or considering suicide, we urge you to call a hotline or seek professional support. Also, talk with your doctor before incorporating CBD into your self-care routine, especially if you take prescription drugs with potential interactions.