Breaking Out Of Body Shaming 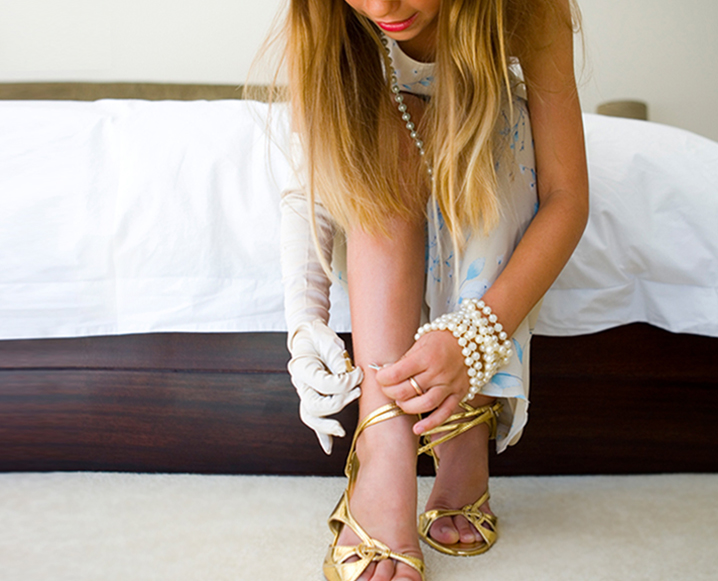 From age fourteen on, I never once saw bodies in magazines that looked like mine. When I was a freshman in high school, I remember reading an article about how to dress around your problem parts. And honestly, it made it seem like “problem parts” were all of my parts and none of my parts all at the same time. I was curvy yet athletic, had hips and a bust line but was nowhere near hourglass. My arms weren’t wispy but certainly didn’t overtake my entire body, either. And my legs? My legs weren’t short, weren’t long…they just sat there on my wide-yet-not-pear-shaped hips like two stumps holding me upright. Or so the magazines suggested.

I thought maybe if I thumbed through more “womanly” magazines, I would find images I could relate to or find some sort of relief – oh thank goodness, I’m desirable too!  But the only images that even slightly resembled me were something of a stunt, a put-on. Look at this model! Look how normal she is! We cater to all women! And while it certainly made me furious, it mostly made me sad that the only bodies ever shown were either super skinny (yes, one version of beautiful) or “plus size” (yes, another version of beautiful – even though plus size really isn’t “plus” at all – another topic for another day). The entire middle spectrum of women were shown only on special occasion as rare creatures whose un-categorizable figures came out to play as undefinable, less-than-equally desirable versions of the other types. I never fit in with those images and I never found out “how to dress to hide my problem areas,” so as I entered the first few years of adulthood, I prayed that I would either morph to fit in…or that the general idea of What Is Right would morph to fit me.

Body shaming is not just an act done to you by others. It’s an act you do to yourself. Whether it’s casual negativity or intentionally malicious words, we place both ourselves and others on a metaphorical one-to-ten scale, comparing, contrasting, coveting, reeling, loathing, loving, lusting. This turns someone into a failure, someone into an exception, someone into a golden standard who had better not change or else they’ve failed too. This mindset gets us into the habit of critiquing, and not only makes us blind to all forms of stunning beauty but blind to those who might actually be silently begging for real help. It turns our empathy off along with the ability to marvel with delight at anything and everything. Instead, body shaming – in all its forms – flips on our fight-or-flight sensors and make us aggressively opinionated or filled with grief and guilt.

It’s now 2014, and I’d like to think we’ve come a long way within the last few decades. But then I hear those trendy names for attractive physical qualities: a thigh gap (which is the product of your bone structure) and bikini bridge (which is the product of an internet hoax gone wrong) that sound just as lust-worthy as the latest must-have handbag. I run into a makeup store with my boyfriend and suddenly feel ashamed for him to see that I shop-slash-support the long aisles full of creams and devices aimed to plump pouts and banish cellulite. I notice the comment threads under articles online and photos on Instagram. Horribly mean web-trolls who hide under a blanket of anonymity to beat someone else down, which is not only disrespectful to the person in question but to all the others reading. I think of the twelve-year-old girl struggling with her self image reading about how someone looks “fat,” or “bloated” or “gross,” and I think of how sad she must feel, how this must affect the way she thinks that others view her. I think of the woman struggling with a disorder reading comments attacking a too-thin model or actress or human being, and I think of how this might fill her with shame, might discourage her from practicing self-love and asking for help out of fear of being attacked in the same way. I think of all the people in our world who are so beautifully unique, yet take on the role of harsh critic when it comes to themselves.

There is not an easy fix. Putting an end to this kind of body-shaming normalcy is going to take awhile. But if the readers of The Chalkboard, the incredible magazines and blogs like Darling and Swirl Girl Army, and the conversations I have had with women in real life who are all beautiful in their varying shapes and sizes and ages and colors are any indication of the direction in which we’re headed, then I think that someday we’ll get there. Maybe not to a place in which we’re free from insecurities, but to a place where the images of beauty we share are varied and no one ideal overpowers the rest. A place where both the extreme ends of the spectrum and a wide middle ground are celebrated equally.

It sounds cliche, but it starts with adding your voice to the mix, making yours one that rings of authentic love for yourself and others. It starts with giving compliments like they’re going out of style, with speaking up when someone says something critical about another’s body, whether their comment is intentionally malicious or not. Take some selfies. Marvel at how beautiful you are! Recognize that self-love is not vanity, but self respect. As you allow yourself to notice the tiny things in yourself and others that are beautiful, you’ll start to notice more…and more…and more…until all you see is nuanced beauty. Set this example and others will follow.

Some days it’s a struggle to stay focused on this kind of change, but then I hear a friend speak ill of herself, or an acquaintance bash a celebrity on the red carpet, and I know that we need to keep fighting the good fight and keep going. Yes, there are the trendy body types, the tabloid magazines and the cellulite creams in the aisles, but there are also the progressive movies, mothers, magazines and everyday folks who are crusading to make the world in which we live one that hold all kinds of admirable beauty at all times. If we were supposed to be made another way, we would be. That is something at which we should marvel. We are not a stunt, we are not a show, and no woman should ever feel like she needs to lose, gain, change or hide her “problem parts” just to see how much she already shines.

This Breaking Out was written with love in honor of NEDAwareness Week, which runs from February 23 to March 1. To learn more or find support for you or a loved one, visit NEDA’s home on the web at www.nationaleatingdisorders.org