Breaking Out Of A Bad Mood 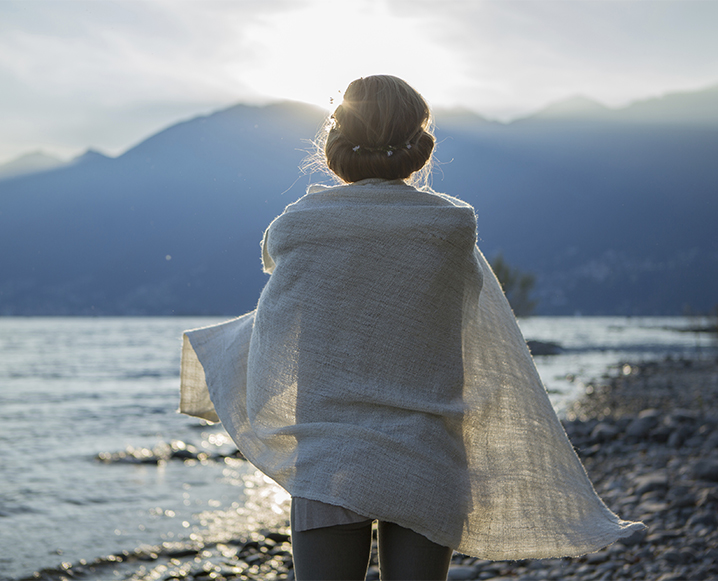 I just got off the phone with my mother.

The call was an hour and thirty minutes long.

Truth be told, I was having a pretty down day. With certain projects not lining up the way I’d hoped, feeling at a standstill in my fitness routine, lacking sleep, and doing personal and professional damage control like woah, the only thing I really wanted to do was sit in silence and let my body and spirit repair and soak in the effects of nothingness. The very last thing I wanted to do was to sit on the phone for almost two hours giving my energy to someone else.

Super-long phone calls aren’t my norm, especially when I’m feeling agitated at everything and nothing all at once. That’s what feeling “blah” does to us – it takes up space and sits and stews. Being in a bad mood is usually an accumulation of multiple factors, interactions, and decisions. The result? A dull feeling of resentment. At what, it’s not clear.

When we’re in a bad mood, it can be tempting to sit and let it fester. I’m not here to tell you to ignore it, or to flip the script in your mind and fake it ‘till you make it – as, while that works for some people, I’m more about taking proactive steps in the right direction to make a lasting effect. Sometimes, that means letting our minds wander – even in those tough moments.

A term used often in yoga is “soften your gaze.” When we soften our gaze, the yogis say, we can see ourselves as part of a bigger picture, as an integral puzzle piece in the game of life, interconnected to everything else – but at the same time, inconsequential. A tiny wave in the ebb and flow of the universe. When we soften our gaze, we choose to breathe deep and let whatever comes into view hazily appear, disappear, and appear again.

Softening our gaze isn’t just about sight – this is about all the senses. Touch. Smell. Taste. Sound. It’s incredible how strong our olfactory memory is, how the sight of a vague shape in an airplane or the sound of a seagull at 7am can trigger a memory of something else, of a feeling you had and a moment in time.

And I’m not just talking about sweet nostalgia or loving times – it’s the darker ones, too. We tend to think the bad moods and funks of life are so huge when we’re in the moment, but most of the time when we look back on them, they’re actually not as bad as we remember. They’re – dare we say it? – in hindsight, they’re sometimes even pleasant.

The next time you’re in a bad mood, breathe deep and take a look around. Let your mind wander. What comes up? Each thought, each feeling that arises is like a gift we graciously accept. We get to choose whether to keep it or return it.

In that gridlock-traffic haze, I decided to loosen my grip on the frustrating thoughts and feelings I was harboring and just “be.” I took deep breaths without any life-altering intention attached. I turned on the classic rock radio station. I spied on the pedestrians lingering on the sidewalk as the traffic failed to budge.

I toyed with not answering. I didn’t want to fake “I’m greats” or, on the complete opposite side of the spectrum, vent my complaints and just get more worked up than before.

But I softened my gaze and thought about my mother on the other end of the line. About what she might be doing and how her day was. About the feeling I used to get when I was younger and she’d pick me up from school and gab with me about everything and nothing at all, the very same classic rock station providing the soundtrack.

I’m so glad I answered.