From Breakdown To Breakthrough: What Koya Webb Has Learned On Her Health Journey 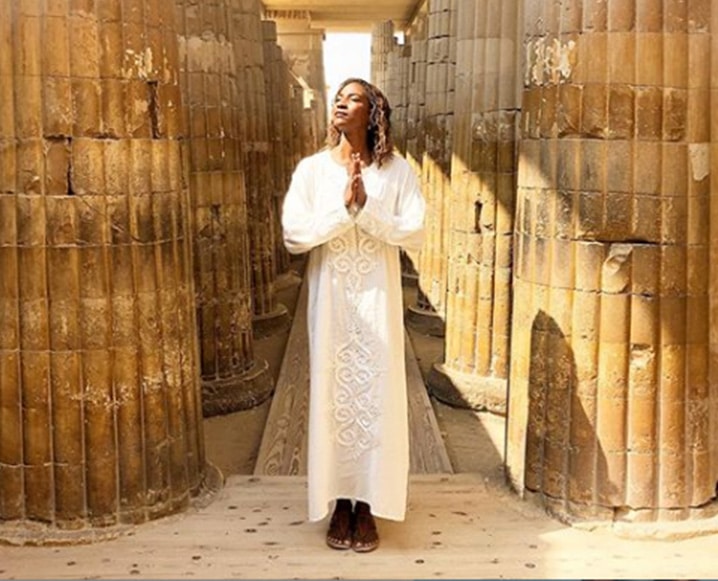 Athlete turned holistic health coach, Koya Webb, can now add author to her resume. Her brand new book Let Your Fears Make You Fierce shares how she navigated the aftermath of an injury that threatened to end her career as a track and field star — but also lead her to yoga and a new passionate path inspired by it. Below, she’s sharing a few inspiring insights about how she went from breakdown to breakthrough, and the tools she used to get her to the other side if the struggle…

Have you ever had a dream that was so real to you that you could almost touch, smell, hear, see and maybe even taste it? For me, this dream was competing in the Olympics through track and field. Ever since I was in middle school, I had the vision of competing in the Olympics. I could see the look of pride in my parents’ eyes and the look of joy and admiration beaming from my community. I knew with this accomplishment I could make a difference in the world. That vision was so real to me, so I consistently practiced and worked towards materializing it.

However, the universe had a different plan in mind. After experiencing debilitating, sharp pain in my back, I went to the doctor only to be told my collegiate track season was over. I had a stress fracture in my lower back and would have to sit the year out. This was crushing news to my Olympic dreams and soon after, my confidence began to crumble. I had built so much of my life, dreams and goals around track and field that I felt helpless and somewhat useless without it. Sure, I assisted my coach and helped my teammates during the time I was off the field, yet everything in me wanted to feel the steady pound of my feet on the pavement. To say I was devastated is an understatement.

Thankfully, there was a light at the end of that tunnel: yoga. After a session with a counselor who recommended I take a yoga class, I decided to go. In my mind, I had lost everything else that mattered to me so what more could I lose by trying yoga? Of course, my first class was frustrating and intimidating. I had to learn to be easy with myself as I was experiencing something new.

As I continued to say yes to yoga and show up for myself, yoga brought me to a greater stillness, peace and assurance in myself that I hadn’t felt in a long time. And my body healed. I returned to track a year after my injury and went on to win three championship titles—all because of yoga. Some years later once I realized my dream of competing in the Olympics and running track had shifted, it was now yoga that I turned to. And it has been evolving me, positioning me and empowering me in my purpose ever since.

So what did this all teach me? To start, I learned that even the biggest plans and visions we have for ourselves don’t compare to the vision spirit has for our lives. I have learned to be honest with myself and to check in with where I am in the moment and from there, make empowered choices that reflect who I am in the present. I learned to be flexible—not just physically—but in mind and spirit. And this flexibility and willingness to surrender to something greater has given me access and positioned me in ways that I thought running track could only do.

The one constant in life is change. Everything changes—even dreams. And that is okay. Just know that if the proverbial wrench is thrown in your plans, knocking off course every hope and dream you had, it is not the end of the world. Pause, breathe and consider that maybe, just maybe, it’s an invitation for something greater to unfold.

Learn more about how yoga helped Koya Webb heal with this interview from a few years back!