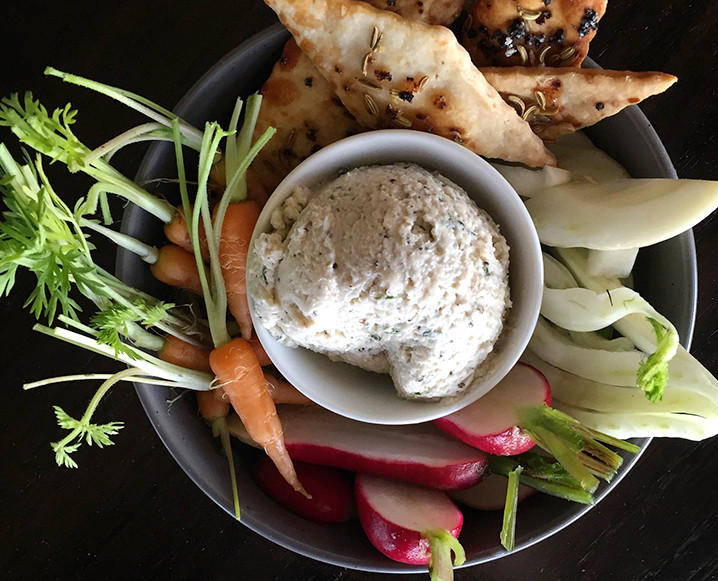 With so many new studies and trendy techniques, it’s easy to lose track of the tried-and-true methods that have been in practice for thousands of years. Our motto, “get back to your roots,” helps to keep us grounded and self-aware. What better way to do so than to dive deep into the ancient practices that have healed our bodies, minds and spirits for centuries.

Denise O’Dunn owns and is the lead practitioner of Balance & Bliss Ayurvedic Lifestyle Center. We recently sat down with Denise to learn a bit more about the ancient practice of Ayurveda – and in the process, a bit more about ourselves.

The Chalkboard Mag: First things first. What exactly is Ayurveda?

Denise O’ Dunn: Ayurveda is the oldest health and wellness system on earth. Its date of origin is based on the oldest written texts that have been discovered, but when it was written, it was in complete form – just like yoga. In fact, yoga and Ayurveda are both features of the Vedic Texts, the sacred writings of India. Artifacts related to Ayurveda reach back nearly ten-thousand years.

TCM: How did you originally become interested in Ayurveda?

DO: Through my yoga studies. Yoga is very healing – l have survived illness and injury with grace because of my yoga practice, and Ayurveda fills in the blanks. Ayurveda is still not something that would be top-of-mind if you asked people on the street, but it is well known in yoga circles because of Yoga Alliance. Yoga Alliance is the teaching standard that most of the yoga schools follow, and in their curricula there are sections on Indian philosophy in which Ayurveda is presented. It is a very good thing to understand Ayurveda for yoga instruction because of the differences in people – instructors can teach their students to honor themselves in a more complete way when they are in class.

TCM: Let’s dive in. What is the basis of Ayurveda?

DO: Ayurveda is based on five elements of ether, air, water, fire and earth. All of these elements presented qualities to the Rishis as they were developing their explanation of the world. The Rishis were the holy men who rejected what they considered the corruption of their society and retreated into the wilderness to live a more spiritually centered life. They developed or were given yoga and Ayurveda through practice, observation and meditation.

Each element has a character, and each combination of elements coincides with one of three Dosha types. Doshas are the three energies believed to circulate in the body and rule both physical and physiological action.

TCM: Can you tell us about the 3 doshas?

DO: Vata is movement – airy, light, dry, irregular, in the emotions, the body and the mind. People who are drifty, absent-minded or anxious are in Vata states of imbalance. Vata-prominent people are easily distracted, they have difficult digestion, they are gassy, their stool can be dry and they have a fast metabolism. The fast metabolism makes them lean. They are usually taller or shorter than the average – runway models are usually Vata. The balanced Vata person is highly creative as they are most able of the Doshas to think outside the box, they are personable and fun, the life of the party – they are not easily compatible with schedules and structure. Physically, in addition to their being taller or shorter than average, they have irregular features – longer noses, longer or more slender faces, more slender arms and legs, etc.

Next, Fire and Water are the elemental components of the Pitta Dosha. Consider these elements and we can see that Pitta is hot. “Agni” is the term for heat in the body and the mind in Sanskrit. Agni is related to digestion and of the three Doshas Pitta has the most powerful digestion when in balance. Out of balance, having too much agni, the person can experience acid reflux or loose stools; emotionally, the Pitta person can become angry and aggressive. In balance, prominently Pitta people are focused and purposeful – Pitta Dosha is the most achievement orientated. Pitta is the most balanced physically. They put on muscle mass easily, they gain or lose weight easily, they are the average in height and weight when in balance.

And that brings us to Kapha Dosha. Kapha is comprised of the Water and Earth elements. This makes the Kapha the most grounded of the Doshas. Being grounded is great in balance; it results in pragmatism, but out of balance it can result in sluggishness. The Kapha person has the slowest metabolism; they gain weight easily. They are sweet of nature and very self-preserving. They can be taller or shorter than the average just like Vata but they are going to be thicker and more powerful. The Kapha Dosha is the most powerful of the Doshas. Kapha stamina is pervasive in all aspects of their lives. They are slow to take to routine but when they do, they embrace it. When you encounter a Kapha runner, they might not be as fast as Pitta, but if you are running for distance, the pitta will be spent miles before the Kapha. This stamina follows in work, too. Kapha people are the ones that can take care of the finer and more tedious details of a project without being distracted and because they are so self-preserving, they are unlikely to feel put upon by the task that faces them. Managers of Kapha dominant people have to allow for the time it takes to complete the task. It is not good to rush Kapha; deadlines need to be reasonable. The work will be thorough when it is completed. This is true of physical labor, as well.

TCM: How do I determine my Dosha type?

DO: We have a list of Dosha qualities at Balance & Bliss. It’s a great start, but it is more likely that you will discover where you are right now rather than your native traits. The balance in the Doshic make-up of a person is based on who you were at birth. This is why to truly understand your unique body/mind constitution, it is best to get an Ayurvedic consultation by a professional. The consultation is at least two hours and reveals variations in your Doshas. You will know more about how your environment is affecting you. Because the Doshas are always shifting with the weather or your interaction with people or your diet, a consultation gives you the best baseline of where you will thrive.

To schedule a deeper consultation, contact Denise at the Balance & Bliss Center.