Arianna Huffington On Balance, Healthy Policies And Spending The Day In Bed 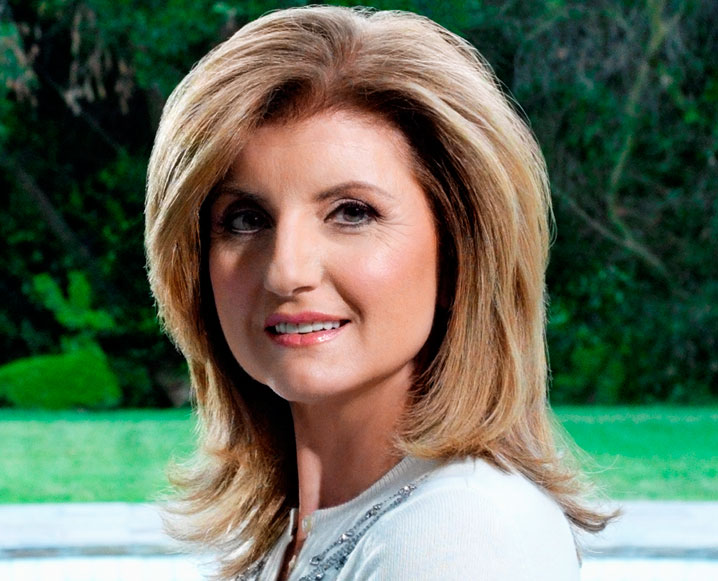 Arianna Huffington is one of the most dynamic, iconoclastic women we know—media titan, political powerhouse, mother of two and advocate for sleep in a culture that doesn’t seem to know how to hit the off switch. Between producing the successful Oasis events at both the Republican and Democratic national conventions and launching Huffington Post Live we interviewed HuffPo’s founder and editor-in-chief to discuss achieving balance, her biggest concerns for health policies and the importance of unplugging in order to stay sane.

The Chalkboard: What is your biggest concern about health care in terms of public policy?
Arianna Huffington: “The narrow survival of the Affordable Care Act in the Supreme Court was certainly cause for celebration. But it’s important to realize that having avoided what would have been a giant step backward doesn’t mean we’ve taken a giant step forward. Because the law as it now stands is only the first step toward health care reform. Primary among the next steps to continue that evolution is the need to focus on cost containment and prevention – neither of which the Act adequately addresses.”

TC: PERSONALLY, WHAT ARE YOUR BIGGEST CONCERNS OR PASSIONS WITH WELLNESS?
AH: “My biggest wellness concern is something we are always trying to avoid: sleep. There is nothing that negatively affects my productivity and efficiency more than lack of sleep. After years of burning the candle on both ends, my eyes have been opened to the value of getting some serious shuteye. And women have to lead the way here.”

TC: YOU often talk about the “CULT OF NO SLEEP.” WHAT IS THE MOST SURPRISING THING YOU’VE COME TO UNDERSTAND ABOUT SLEEP AND THE IMPORTANCE OF ITS ROLE IN OUR HEALTH AND FUNCTIONALITY?
AH: “There is now a kind of sleep deprivation one-upmanship. For men, it has even become a virility symbol. I once had dinner with a guy who bragged that he had only gotten four hours sleep the night before. And I felt like saying to him – but I didn’t say it – I felt like saying, “You know what? If you had gotten five, this dinner would have been a lot more interesting.”

TC: how do you stay centered and balanced?
AH: “Fortunately, to counter the many ways we are paying a high price for our ‘always on’ lives, there’s ample research suggesting that solutions are within reach. Family, for example, can actually be a great thing for your career, by giving us perspective and the ability to be more detached from our working lives’ daily ups and downs. Just knowing I’m going to see my daughters at the end of the day puts my whole work day in a different light. I’m far less likely to get stressed over a setback – and have you ever had a day without setbacks? Perhaps one day a brilliant scientist will come up with a name for this effect, but whatever it is, it has a big impact on things like mood, confidence and enthusiasm, all of which are great assets in the workplace.”

TC: After big events or stressful times in your own life, what do you do to unplug or relax?
AH: “One of my favorite things is piling up all my work on a Sunday morning and staying in bed, making calls and answering emails. It’s the perfect combination of productivity and relaxation.”

TC: WHAT WERE YOUR GOALS FOR THE OASIS AT THE DEMOCRATIC AND REPUBLICAN NATIONAL CONVENTIONS?
AH: “We wanted to demonstrate that even in the middle of one of the busiest political weeks of the year, we can unplug, recharge and hit the convention circuit renewed.”

TC: CAN YOU TELL US WHAT INSPIRED YOU TO CREATE THE OASIS EVENTS FOR THE DNC AND RNC?
AF: “It began five years ago, when I passed out from exhaustion, broke my cheekbone and got five stitches over my eye. I wanted to bring more balance – literally and figuratively – into my life. And a year after that ‘final straw moment,’ HuffPost offered harried conventioneers at the 2008 DNC in Denver a chance to unplug and recharge at the Oasis. This time around, we brought the Oasis – with its massages, yoga, healthy food and soothing music in a beautiful space – to both parties’ conventions.”

TC: DO YOU HOPE IT INSPIRED A CONVERSATION ABOUT HEALTHCARE AND WELLNESS, GIVEN THE POLITICAL CLIMATE OF THE EVENTS?
AH: “Yes, we wanted to use the intensely partisan conventions to start a bipartisan conversation about the benefits of disconnecting in order to reconnect with ourselves. Bipartisanship, like any kind of connection with another person, begins with recognizing the humanity of the other side, but it’s hard to do that if you’re disconnected from your own humanity.

“And it goes beyond the political sphere. Too often, we sacrifice our well-being at the altar of our careers, and we are in danger of cutting ourselves off from our own wisdom and perspective – the very qualities that are so lacking in our macho work culture. And we – especially as women – are paying a terrible price: women in highly stressful jobs have a nearly 40% increased risk of heart disease and heart attacks, and a 60% greater risk for type 2 diabetes, than their less-stressed peers.”