In the Kitchen with Aran Goyoaga of Cannelle Et Vanille 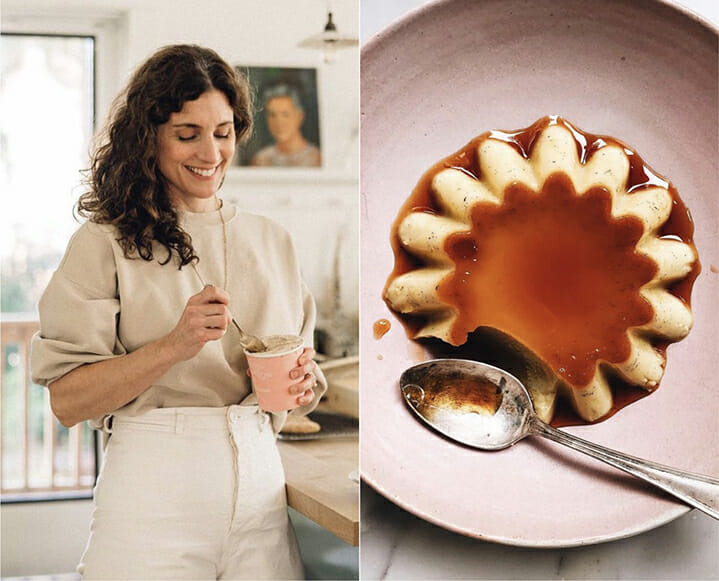 Beyond your own family and friends, if there’s anyone you want to be caught in the kitchen with this season, it’s James Beard award-nominated food blogger and celebrated cookbook author, Aran Goyoaga of Cannelle et Vanille. That feels like a fair statement.

The health-conscious aesthete launched her latest cookbook, Cannelle et Vanille Bakes Simple: A New Way to Bake Gluten-Free earlier this year. (Check out her gluten-free crinkle cookies here!) And we asked her to participate in our In the Kitchen series to learn more about her and pick up the kinds of detailed tips we love to share with you here.This is everything the healthy baker had to say…

In my kitchen you’ll find plenty of: Olive oil, spices, lemons, chocolate, gluten-free flours, and a counter full of fruit.

Recipe staples always on hand: Everything I need to make gluten-free sourdough bread, tortilla de patatas, and some sort of vegetable confit with tons of olive oil and a quick mai fun.

Midnight snack perfection: Sadly, I cannot sleep if I eat at night

Food you love to eat with zero prep: Tomatoes in late August

Most impressive dish: Menestra de verduras like my aunt Marijo prepares it

Healthiest habit in the kitchen: Clean as you go

Best bargain tip: Shopping at the farmers market at the end of whatever produce is in season because they usually have reduced prices or seconds. Like with tomatoes, stone fruit, peppers….

Fave veggie + what you make with it: So many! Hard to say. But I do love cauliflower and I love to slow-cook it in a bunch of olive oil and garlic, as if I were making a confit. It melts and caramelizes slightly. I can eat it everyday.

Craziest thing I buy at the market: I don’t know if this would be considered crazy but I love chicken feet to make broth.

Favorite splurge: I don’t really splurge that much, not because I don’t believe in splurging, but because I just don’t have crazy expensive things I crave. But the gluten-free flours I prefer to use do tend to be a bit more spendy.

Your idea of an ideal dinner setting… I love my home and my dining room and my candles…. I’m happy to have friends here.

For last minute entertaining… I think most people are really easy going when you invite them over. I would probably just throw a bunch of vegetables on an oven tray and toss them with olive oil, salt, whole grain mustard and spices. Then serve with either a big bowl of pasta with olive oil, lemon, garlic and chili. Then buy some nice dessert and bread.

Signature cocktail: I actually don’t drink, but I love sparkling water with a little bit of quince-poaching liquid and lime. But I’m terrible about cocktails. I hardly ever think about them.