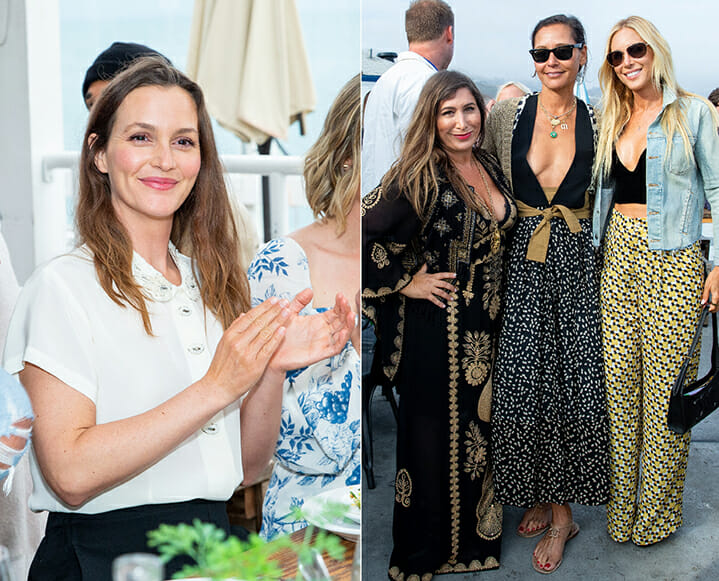 The dinner honored Project Zero, a global movement working to protect and restore the ocean, turning the tide on the climate crisis.

According to Project Zero, “It is estimated that 93% of the earth’s CO2 is stored or cycled through the oceans – in fact the ocean absorbs carbon dioxide at a rate of one Hiroshima bomb every single second, every single day, every single year. We need to restore the ocean to health to save our planet.” The dinner setting on the pier at Malibu Farm

Since its inception, Rothy’s has converted over 125 million bottles into shoes, keeping plastic out of our oceans and landfills. Their popular flats  (like the ones shown above on Murphy), have become staples in sustainable wardrobes everywhere for years now. Their ever-expanding shoe and accessory lines now include timeless Mary Janes (as shown on Meester), men’s driving mocs, and a line of handbags, all made with ‘marine plastic’. Rothy’s guests on the Malibu Pier

You can learn more about Project Zero’s ongoing efforts through inspiring world-side projects HERE. Explore Rothy’s new summer collection to keep plastics out of our oceans, learn more about recycled fashion like this puffer coat on J.Lo and find other ways to reduce plastic at home HERE.