Do you Donabe? Learn The Japanese Art of Clay-Pot Cooking 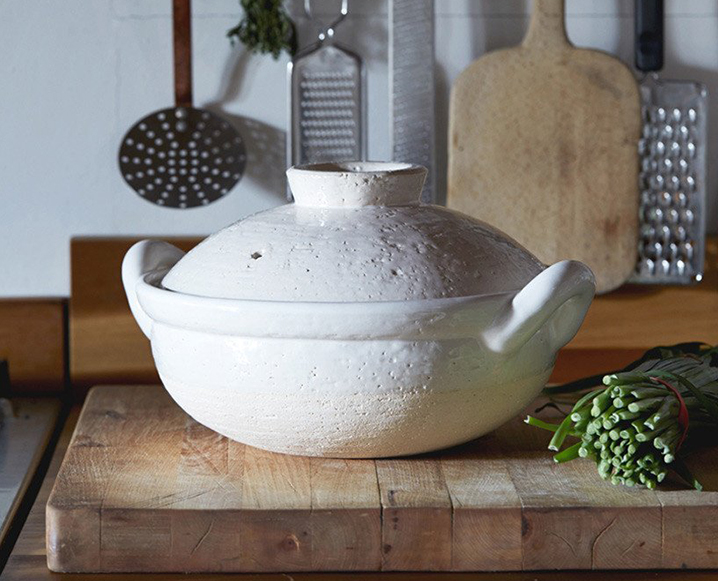 Beautiful or functional? That is so often the question. We’ve been known to hoard certain culinary tools just because they’re gorgeous (this sprouter only saw action a handful of time, but damn it looks stunning next to the sink). While this habit is great for our aesthetic ego, it’s not doing us any favors when it comes to creating a functional cooking environment. Get yourself a gadget that does both, and add a Japanese donabe to your collection STAT.

What’s a Donabe? Ceramic pot on the outside, culinary genius on the inside. Donabe means ‘clay pot’ in Japanese and it is one of the country’s oldest (and most versatile) cooking tools. It’s traditionally made with clay from Iga, which is notoriously super porous. This means heat builds up slowly, holds well and distributes evenly. That also means there’s no need for extra oil to facilitate the cooking process.

Similar to an electric slow cooker, a donabe is great for cooking complete, nutritious meals with minimal effort. It can be used to cook soups, stews, hot pots and even rice all in one well-contained vessel. Some fancier designs also allow you to smoke food. The best part is we can cook and serve in the same pot, so cleanup basically doesn’t exist.

What’s the Catch? The hardest part of using a donabe is washing it the right way — and frankly it’s not that hard. If you’ve ever mothered a cast iron pan, you already know the importance of proper cleaning. Do not put it in the dish washer or soak it for too long (remember that time we told you a donabe is very porous?). The other thing is you need to season a donabe before you use it for the first time; a simple YouTube search will show you how without any missteps.

How Do I Use It? The rest is up to you! Use any stock you have on hand and toss in all the farmers market veggies, herbs, aromatics and spices still hanging around from the weekend. Bring to a boil over medium heat. Maybe add some more veggies to the upper steamer portion. Cook with the lid for five to seven minutes longer. Taste, season and serve!

Discover more inspo for healthy, stylish cooking with
our ‘In The Kitchen’ interview series here!