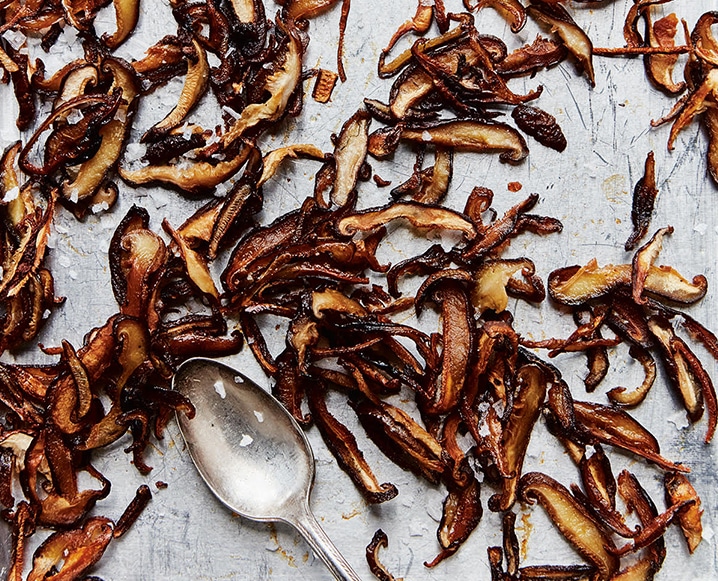 One of the most clever vegan hacks we’ve seen in a while is this incredibly delicious shiitake mushroom bacon recipe from The Complete Vegan Cookbook. These crispy, caramelized bites add a blast of salty, savory goodness to any dish. Like every vegan bacon dupe we’ve tried, it’s not a perfect parallel to actual bacon. Instead, think of shiitake ‘bacon’ more like a new food group unto itself.

Try this umami bomb on burgers, in salads and with eggs — we promise you won’t get any complaints…

This bacon made from shiitake mushrooms is one of the best loved recipes by anyone who walks through the doors of our cooking school. It uses only three ingredients — and two of them are oil and salt. As the mushrooms dehydrate in the oven, their umami flavor concentrates and the texture morphs from chewy to crisp. Serve these crunchy slices alongside the Tomato Tofu Scramble, atop Baked Mac and Cheese or crumbled on the Sweet Potato Waffles — all from The Complete Vegan Cookbook — and drizzled with maple syrup, for a sweet-savory brunch treat.

In a large bowl, toss the mushrooms with the oil and salt. Transfer to a baking sheet and spread into an even layer. Bake for 20 to 25 minutes, until the mushrooms are browned and crisp, stirring once halfway through cooking. The mushrooms will crisp up even more as they cool.

These are best served immediately, though they may be stored in the refrigerator in an airtight container for several days. Note: They will lose their crispness if stored.

Reprinted with permission from The Complete Vegan Cookbook by the Natural Gourmet Center, copyright © 2019. Photographs by Christina Holmes. Published by Clarkson Potter, a division of Penguin Random House, Inc. 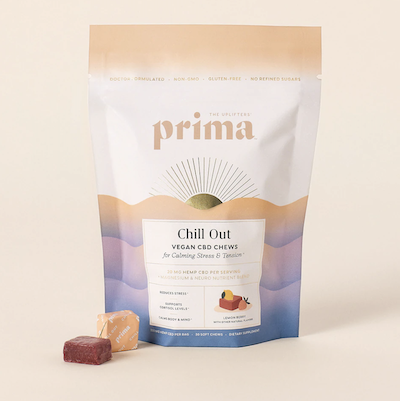